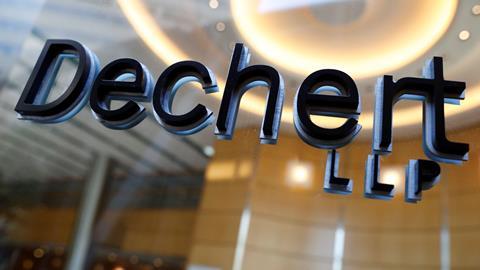 The court ruled in May that the firm's former co-head of white-collar crime Neil Gerrard, 67, deliberately leaked ENRC’s confidential information to the press and the Serious Fraud Office in order to expand his investigation into allegations of bribery and corruption because he was ‘obsessed with making money’.

Mr Justice Waksman found that Gerrard, a former Metropolitan Police officer, was ‘negligent and for the most part reckless’ in unnecessarily expanding his investigation into the mining giant’s operations in Kazakhstan and the Democratic Republic of Congo.

The former partner, who retired at the end of 2020, was also negligent in relation to his failure to record his advice in writing, giving incorrect advice about ENRC’s potential criminal liability and failing to determine the scope of the SFO’s concerns about the then-FTSE 100 company.

ENRC’s claim against the SFO for inducing breach of contract was also upheld ‘subject to causation in respect of 15 disputed contacts’ – but, while some elements of the claim for misfeasance in public office were established, they were ‘not sufficient to make out the tort itself’.

Waksman accepted that the SFO did not ‘actively pump’ Gerrard for information and that ‘the essential driver for all this was Mr Gerrard’, but found that the watchdog had induced Gerrard’s breach of duty out of ‘bad faith opportunism’.

A further trial is expected in due course to determine issues of causation and quantification of loss and any contribution claims as between Dechert, Gerrard and the SFO.

The court heard today that Dechert – which has since ‘jettisoned’ Gerrard – has agreed to make an interim payment of £20m on account of costs by 1 September.

ENRC is seeking indemnity costs from Dechert and Gerrard on the basis of the parties' ‘aggressive resistance, unreasonable and uncooperative conduct and, most seriously, dishonesty’.

Nathan Pillow QC, for ENRC, told the court that Dechert and Gerrard's defence was ‘based on lies from start to finish'.

‘Mr Gerrard and therefore Dechert, vicariously and through his knowledge, knew that ENRC’s case was essentially true and that he had committed some of the most serious professional misconduct an officer of this court could commit,’ he said.

Pillow said Dechert has ‘belatedly parted company with Mr Gerrard’, but added: ‘It does not disguise the fact that until June … they were standing shoulder to shoulder.’

He argued in written submissions that Dechert and Gerrard’s conduct is ‘further aggravated by the fact that [they] are solicitors and so are to be held to a more demanding standard of conduct than an ordinary litigant’.

Dechert accepts that liability for costs as between it and Gerrard ‘should be on a joint and several liability basis’, but argues the court should not order indemnity costs as it would deny the firm ‘the opportunity to examine the proportionality of the costs claimed by ENRC’.

Andrew Onslow QC, for Dechert, said ENRC’s total costs for its claim against Dechert and Gerrard ‘could well be in the region of £50m’, which he compared to the approximately £26m quantum of the claim and Dechert and Gerrard’s previously-forecast costs of £37.5m.

‘It is immediately obvious that ENRC’s likely level of costs vastly exceeds any potential recovery in damages,’ he said in his skeleton argument. ‘Yet an award of indemnity costs will deny Dechert any scrutiny of the proportionality of the totality of costs claimed.’

Michal Hain, for Gerrard, also said that indemnity costs are inappropriate, arguing that ‘the underlying breaches of duty that gave rise to the proceedings in the first place … are irrelevant’ as opposed to the conduct of the litigation itself.

ENRC is also seeking 50% of its costs of preparing for and attending the first trial and a £3m interim payment on account from the SFO, which is opposing the application.

Pillow emphasised that Waksman had found that ‘SFO and Mr Gerrard engaged in unlawful contacts throughout the course of ENRC’s engagement with the SFO from mid-2011 to early 2013’, conduct he described as ‘highly corrosive to the integrity of the criminal justice system’.

However, for the SFO, Simon Colton QC argued that the issue of costs should be reserved until after the second trial as there is ‘a real possibility that the merits of the parties’ entitlement to costs attributable to the proceedings to date will be affected’ by its outcome. ‘The SFO of course recognises that the court has made serious findings concerning the conduct of certain of its officers,’ Colton said in his skeleton argument. ‘However, these are Commercial Court proceedings, seeking by way of relief damages and various declarations, in which the court has so far definitively rejected a substantial number of ENRC’s causes of action against the SFO.’

He added that the court’s findings against the SFO ‘may yet represent a pyrrhic victory for ENRC’, arguing that ENRC’s claims of inducing breach of contract, for example, will ultimately fail ‘unless ENRC can prove that the SFO’s breaches of duty caused foreseeable loss to ENRC’.

Colton also said the SFO will argue that breaches of duty by former interim director Mark Thompson and senior investigator Dick Gould ‘did not cause any increased scope to the Dechert investigation nor additional fees’ and that none of its breaches ‘caused the SFO to open a criminal investigation in April 2013’ – which is ongoing and has not led to any criminal charges.

The court heard that all parties are agreed that the period for any application for permission to appeal should be extended until after judgment has been handed down following the second trial.