Innovators attempting to open up access to justice through technology must grow out of the ‘My brilliant app’ syndrome, according to a US expert on legal tech. ‘We are getting stuck in a Groundhog Day loop,’ Margaret Hagan, director of the Legal Design Lab at Stanford Law School, California, told last week’s Access to Justice and Technology Summit in London. 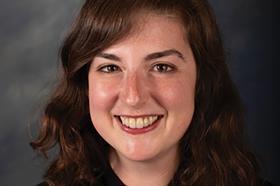 The problem, she said, is a plethora of one-off apps and websites, set up by enthusiasts and campaigners hoping to tackle specific legal issues. ‘There has been an explosion in activity, but to what impact?’ she asked.

A common failing is expecting people who need legal assistance to visit somewhere new – whether in the real world or cyberspace, Hagan said. ‘We have to stop designing on the basis that we’re going to change people’s behaviour,’ Hagan said. She cited the experience of a project in a small Florida town aimed at newly released prisoners. ‘People who’ve just come out of jail don’t want to go to a court or government offices,’ she said. The preferred time and place to receive advice turned out to be a church, after the most popular weekly service.

Online services should likewise be set up in places where people are already going, such as social media, she said. She proposed that AI ‘bots’ could be incorporated on networks such as Twitter and Facebook to join conversations – ‘helpfully, not annoyingly’ – in which people seem to be asking for legal advice.

A similar service on Google could identify requests for legal help and present jurisdiction-specific sources of assistance. ‘We’ve been working on a partnership with Google which may achieve this,’ she revealed.

Questioned on whether it would be wise to grant giant tech companies knowledge about users’ legal issues, she said: ‘There is always a dark side, but that is no reason for us in the access to justice community not to do it.’