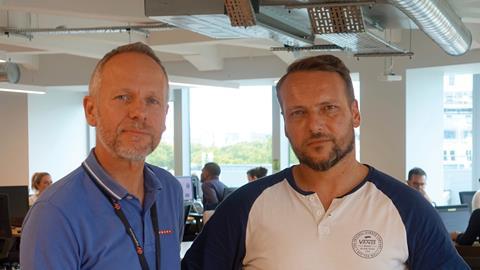 A pan-European lawyer-finding website is spending hundreds of thousands of pounds on web search engine rankings as it prepares to go live in the UK later this month, the Gazette can reveal. Qredible will be the England and Wales version of the five-year-old Mon Avocat website, which charges French lawyers €1,000 a year for an online profile expected to generate leads.

Qredible is initially targeting conveyancing and divorce practitioners, as these services are the most likely to be sought online. Barry Vickery, general manager, told the Gazette that the company plans to spend £800,000 on digital marketing over the next 12 months to ensure it appears at the top of web searches such as ‘Divorce lawyer near me’.

The venture will compete with several other consumer-facing online lawyer-finding sites such as Law Superstore, which was relaunched earlier this year, and MyLegalAdviser, set up in 2014.

It is backed by French web entrepreneur Yannick Pons, who acquired Mon Avocat last year, along with services in Belgium and Italy. Pons made his fortune with the local classified advertising business Vivastreet. He is understood to have invested £1.2m in starting up Qredible, which is based in 8,500 feet of office space in central London with a development hub in Brighton.

Annual subscriptions will cost £960 plus VAT for individual lawyers and £3,000 for firms, including two individual profiles. The site will aim to provide an average of two leads per month, Vickery said. ‘If there are poorly performing areas our account managers will work with the relevant individuals to improve their profiles or redirect marketing spend.’

To build critical mass, 250 lawyers will be offered listings without payment until the end of February.

One reason for the go-live timing is November’s regulatory changes allowing solicitors to provide reserved activities on a freelance basis. Vickery said the site will require listed lawyers to state their regulator, whether they are operating as freelances and level of indemnity insurance, along with prices. ‘We want to give the consumer a free one-stop shop in which to make an informed decision,’ he said.