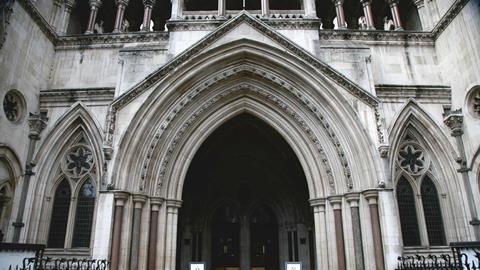 A far-right extremist who was told by a judge to read classic literature after he was convicted of a terrorism offence has been jailed for two years as the Court of Appeal today ruled that his suspended sentence was unduly lenient.

Ben John, 22, of Addison Drive, Lincoln, was found guilty of one count of possessing information likely to be useful to a person committing or preparing an act of terrorism after police found the Anarchist’s Cookbook on a hard drive at his then-home address in Leicester.

He was sentenced to two years’ imprisonment, with an additional one-year licence period, suspended for two years in August.

‘Try Twelfth Night,’ the judge said. ‘Dickens, start with A Tale of Two Cities and, if you have time, think about Hardy and think about Trollope. And that is what you will tell me about when you come to see me every four months and I will test you.’

The Attorney General’s Office referred the sentence to the Court of Appeal on the grounds that it was unduly lenient, with solicitor general Alex Chalk QC telling the court John had been ‘liking’ Nazi-themed content on social media ‘five days after promising the judge he had put it behind him’.

Lord Justice Holroyde said the judge below ‘had no power to impose a suspended sentence as he did for aggregate of the two-year custodial term and the further one-year licence’, adding that the total sentence was ‘more than two years and so could not be suspended’.

John, who appeared by video link, was sentenced to an immediate custodial term of two years with a further one-year licence period and ordered to surrender himself at Lincoln city centre police station by 4pm tomorrow.

In a statement, Chalk said: ‘The government is committed to confronting terrorism in all its forms, including from the extreme right wing.

‘We remain focussed on disrupting the activities of the most dangerous extremists, supporting those who stand up to their hateful rhetoric, and protecting vulnerable people being drawn into terrorism.’