Newly released statistics show no let-up in demand on the family justice system as judges, court staff and practitioners deal with increases across the board.

Figures published by the Ministry of Justice yesterday show that, between April and June, 66,357 new cases began in the family courts, up 14% on the relevant quarter last year. This was due to increases in most case types: Children Act private law (11%), divorce (7%), financial remedy (72%), adoption (27%), deprivation of liberty (51%), and lasting power of attorney registations (61%). There were also increases within the Probate Service.

On the huge increase in financial remedy cases, Tony Roe, solicitor and family law arbitrator at Dexter Montague, said: ‘In my experience couples who might otherwise have divorced and started financial remedy proceedings last year hunkered down when the first lockdown arrived. Ultimately, couples got tired of putting their lives on hold and made their applications to the court. In essence, I think that the statistics are probably playing "catch up". 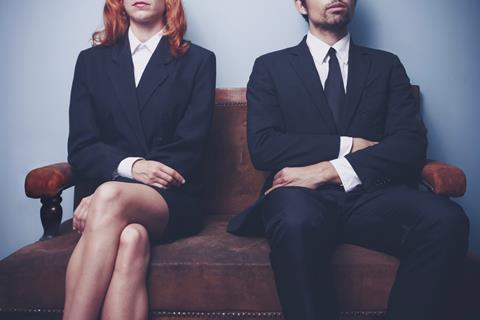 ‘What is clear is that the rise in the figures will put yet more pressure on court facilities and lead to greater waiting times for hearings to be listed. The need for alternative forms of dispute resolution like mediation and arbitration is all the more important and practitioners should direct clients in these directions wherever possible.’

Emily Foy, a senior associate at Payne Hicks Beach, said the rise in deprivation of liberty cases was shocking.

‘The recent case law demonstrates that children's mental health has become a huge concern during lockdown, the system is struggling to cope and that there is a woeful lack of secure accommodation to house vulnerable teens in particular. The cracks were beginning to show pre pandemic and decades of underfunding will now result in many children and young people being failed unless urgent and substantial steps are taken,’ Foy said.

The number of domestic violence remedy order applications, which reached a record high in December, was down 6% compared to the equivalent period last year.

The number of Children Act public law cases was down 7% compared to last year and disposals up 45%. However, proceedings are taking longer. The average time for a care and supervision case to reach first disposal was 44 weeks between April and June – up eight weeks from the same period last year and the highest average since 2012. Just over a fifth of care proceedings concluded within the statutory 26-week time limit – down 11 percentage points from last year and the lowest level since 2012.

Children Act private law cases, which rose by 11% compared to last year, were taking longer. Between April and June it took on average 41 weeks for private law cases to reach a final order, up 13 weeks from the same period last year.