The former king of Spain is not entitled to sovereign immunity from the jurisdiction of the English courts in a harassment claim brought by his former lover, the High Court ruled yesterday.

Juan Carlos Alfonso Victor Maria De Borbon y Borbon is being sued by Corinna zu Sayn-Wittgenstein-Sayn, who claims the former monarch, or his servants or agents, placed her under surveillance and tried to intimidate her.

She alleges that she was told by the head of the Spanish National Intelligence Agency that he leaked her identity to the press and that someone broke into her Swiss apartment and left a book on the death of Diana, Princess of Wales on a coffee table. 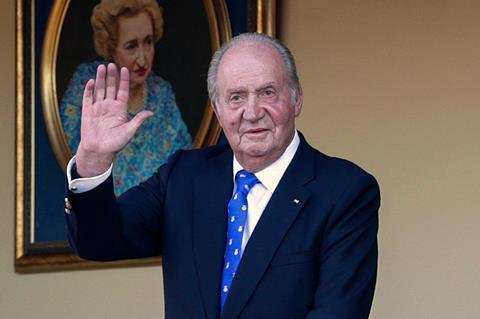 ‘His Majesty rejects the allegations made against him and any alleged wrongdoing by the Spanish state is denied in the strongest of terms,’ the High Court heard in December.

But Mr Justice Nicklin ruled that ‘none of the grounds on which state immunity was claimed have been made out’, adding: ‘The claim will therefore continue.’ He rejected the argument that, despite his abdication, Juan Carlos nevertheless remains a ‘sovereign’ and is entitled to personal immunity.

‘A striking feature of Sir Daniel’s submissions is that, if his interpretation were correct, and the defendant remains a “sovereign” … then the immunity he enjoys is personal and life-long, subsisting even today, in respect of all civil and criminal proceedings’, Nicklin said. The judge added: ‘At its most stark, Sir Daniel’s argument, if accepted, would mean that if, tomorrow, the defendant were to walk into a jewellers’ shop in Hatton Garden and steal a diamond ring, he could face no civil or criminal proceedings in this jurisdiction (unless the Spanish state waived his immunity).’