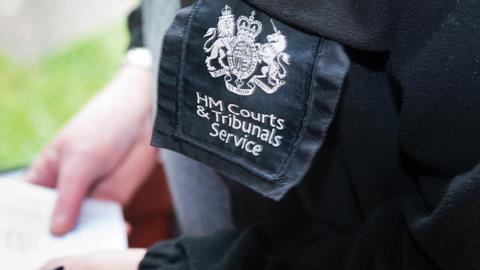 Four convicts were wrongly released from court this year after custody officers misunderstood the implications of the sentence, the Gazette can reveal. The Ministry of Justice confirmed that six people were released from custody in error between January and May but has not revealed the reason behind two of the errors.

Lord Justice Haddon-Cave, senior presiding judge, issued an update on the judicial intranet this week stating that HM Courts & Tribunals Service and the Prisoner Escort Custody Services (PECS) identified a ‘growing problem’ of defendants being wrongfully released from courthouses after a custodial sentence.

‘Investigation found that the most common cause was escort officers not understanding the sentence when a suspended sentence was activated. I have advised HMCTS that escort officers have a duty to ask the judge or bench chair in open court if they were unclear about the significance of a sentence, in order to reduce the number of people being incorrectly released,’ Lord Justice Haddon-Cave said in the update.

The Ministry of Justice said: ‘Releases in error are incredibly rare and we have recently taken steps to ensure all custody officers follow the correct processes when a suspended sentence has been activated.’

In guidance to answer the Gazette's questions, the department said PECS transports over 450,000 prisoners per year, which includes more than 200,000 who are specifically transferred to court. Releases in error accounted for approximately 0.00098% of all criminal disposals where HMCTS is at least partially responsible in the 12-month period to September 2021.

A meeting between HMCTS, PECS and HM Prison and Probation Service took place in May after six 'releases in error' were identified between then and the start of the year.

A new protocol has been introduced ‘to ensure dock officers are confident they can double check sentences in open court if they are unclear over whether a defendant can be held or released’. The Judicial College has included new pronouncements for suspended sentence activation into bench books to further clarify sentences in court.