Government prepares for crackdown on ‘inside job’ pre-pack sales

New laws are being promised that will ensure greater scrutiny of corporate rescue deals where a company is bought out of potential insolvency allowing it to remain in business while escaping liabilities.

Ministers today announced that they will impose stricter independent inspection of pre-pack sales where connected parties – such as existing directors or shareholders – are involved with the buying party.

Pre-pack sales, where the deal is agreed before a business enters administration, have become a recurring feature in the legal sector, with insolvency practitioners preferring to find an immediate buyer rather than risk regulatory intervention in the struggling business and creditors being left with nothing. On a number of occasions in the sector, the pre-pack has been led by people heavily involved with the bought-out firm, and critics say this is a method of simply wiping out debts to creditors and continuing to operate as before but under a different guise.

The government says its new package of measures – details of which are yet to be made public – will improve confidence and transparency in pre-pack administration sales.

Ministers insist that pre-pack sales are widely considered to be a valuable rescue tool and the best way to ensure creditors recoup some of what they are owed. But there are concerns that where the buyer is linked with the previous businesses, this is not always in the best interests of creditors. 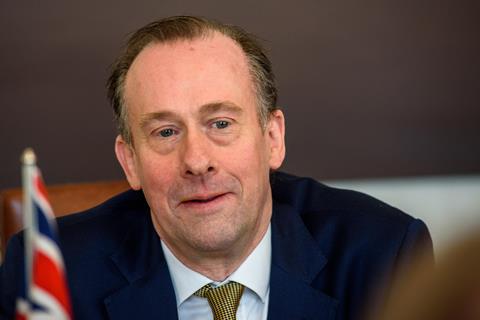 ‘As we continue to tackle Covid-19, it is more important now than ever that people have confidence in the insolvency process. This new law will ensure all sales to connected parties are properly scrutinized - protecting the interests of creditors and the general public, as well as the distressed company.’

The power to regulate connected party sales in administration under Section 129 of the Small Business, Enterprise and Employment Act 2015 lapsed in May 2020. It was revived by the Corporate Insolvency and Governance Act 2020, giving the government powers to introduce regulation via affirmative secondary legislation.