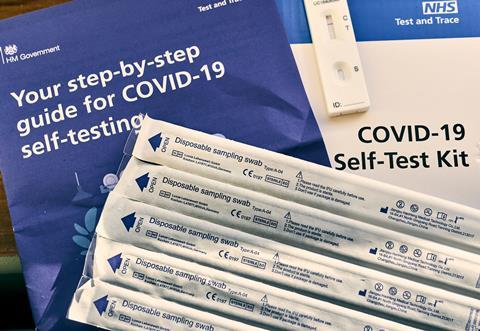 Home-testing is to be rolled out in five courts nationwide

On-site test centres have now opened at Manchester Civil Justice Centre and Southwark Crown Court. HMCTS said around 600 people have been tested at the pilot sites so far, with no positive results. More sites are expected to open in the coming weeks and both existing pilots have been extended until 23 April 2021.

HMCTS has repeatedly insisted that all of its courts are ‘Covid-secure’ and that there is no evidence of heightened transmission in its estate. However, the Public and Commercial Services Union (PCS) – one of the UK’s biggest trade unions – has accused the service of ‘refusing to take Covid in the workplace seriously’.

According to PCS, staff at Liverpool Law Courts and Snaresbrook Crown Court have backed strike action as a result of the concerns.