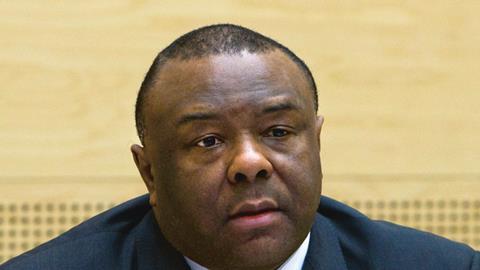 Congolese politician and rebel leader Jean-Pierre Bemba Gombo (pictured) has been jailed for 18 years by the International Criminal Court (ICC) for war crimes and sexual violence.

In March he was found guilty of two counts of crimes against humanity and three counts of war crimes for a campaign of murder, rape and pillaging during a conflict in 2002 with neighbouring Central African Republic.

The chamber found that the crimes were a result of Bemba’s failure to properly exercise control, which it said was ‘deliberately aimed at encouraging the attack’.

Bemba, who was arrested in Brussels in 2008, is the first person convicted by the ICC of crimes of sexual violence in war