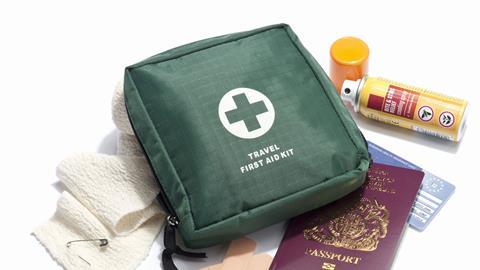 The Ministry of Justice says it has identified potential rule breaches by claims management companies seeking clients in the fast-expanding field of holiday sickness claims.

Tour operators have increased efforts in recent weeks to stem the sudden rise in claims from tourists who have become ill on holiday.

The Claims Management Regulator (CMR), which is run by the MoJ, today said it was aware of an increase in CMC advertising aimed at individuals. This has included direct telemarketing and approaching potential clients in person.

The CMR said these claims fall under the definition of personal injury, and the regulator will be looking at advertising and referral to lawyers.

The CMR added: ‘Any data used for direct marketing must have received consent from clients that they are happy to be contacted, specifically about a holiday sickness or personal injury claim.

‘Simple data about people that have been on holiday will be insufficient and will therefore breach the [conduct or authorised persons rules].

The CMR said it has spoken with the Association of British Travel Agents and other industry stakeholders to identify the most effective and appropriate regulatory action. A number of businesses are being investigated over trading in holiday sickness claims without authorisation.

It is understood there have not yet been regulatory concerns from the Solicitors Regulation Authority about law firms operating in this market. Paying or receiving referral fees for personal injury claims was banned in 2013.

ABTA has said it is collating evidence to compel the ministry to take action to prevent fraudulent claims.

A spokeswoman for ABTA said last month: ‘An increasing number of these claims are unsubstantiated, and we believe this is being driven by the aggressive sakes practices of some claims management companies touting their services to holidaymakers either in destinations or in the UK.’

Lawyers running these cases have said they are not trivial and urged anyone with suspicions they are fraudulent to come forward with evidence.