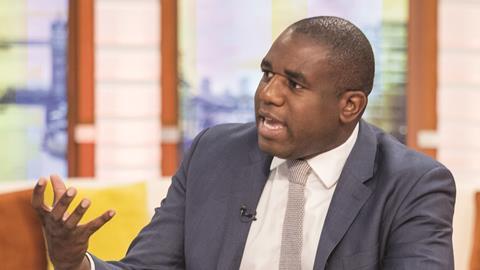 A few years back, who would have thought we would be talking about neo-Nazis and white supremacists in 2017? Donald Trump’s controversial responses to the clashes between white nationalists and counter-protesters at a far-right march in Charlottesville, Virginia, last month brought the issue of race relations further to the fore. This makes Labour MP David Lammy’s much-awaited independent review into the treatment and outcomes of black, Asian and minority ethnic (BAME) people in the criminal justice system particularly timely.

Those who have been following Lammy’s updates since he was asked by David Cameron in January 2016 to lead the review will not be surprised to find that his findings highlight a significant lack of trust among BAME defendants.

But what solicitors will be keen to know is whether Lammy’s recommendations will resonate at a time when the government seems wholly preoccupied with negotiating Brexit.

Lammy’s 35 recommendations make a formidable list and it is possible to highlight some recommendations that are easily achievable. But what screams out from the review is the need for more data – to understand precisely where the disparities lie and help people explore why those disparities might exist. Fortunately, gathering that data is easier than it sounds.

‘Explain or reform’ is the new, simple rule Lammy suggests for the criminal justice system. ‘If there are apparent disparities by ethnic group, then the emphasis should be on institutions in the system to provide an evidence-based explanation for them. If such an explanation cannot be provided, action should be taken to close the disparity. The expectation should be placed on institutions to either provide answers which explain disparities or take action to eradicate them.’

For instance, with drug offences Lammy says the odds of receiving a prison sentence are around 240% higher for BAME offenders compared with white offenders. He acknowledges that the study from which that figure comes does not account for the impact of aggravating and mitigating factors. But Lammy is correct to suggest that it is ‘incumbent on the judiciary to produce an evidence-based explanation’ for the shocking percentage.

He also suggests the judiciary work with HM Courts & Tribunals Service to establish a system of online feedback on how judges conduct cases. The information, gathered from different perspectives including court staff, lawyers, jurors, defendants and witnesses, could be used by the judiciary to support professional development. Such feedback can be provided through an electronic survey, Lammy suggests.

What better time to implement such a system than now, when the government has allocated £700m for new court technology and IT upgrades?

The Crown Prosecution Service should redact all identifying information, such as name and ethnicity, from case information passed to them by the police, allowing prosecutors to make race-blind decisions. To the CPS’s credit, Lammy says prosecutors are making broadly proportionate decisions across ethnic groups. But such a simple step could give defendants confidence that the decision to charge them has not been driven by conscious or unconscious bias.

Noting racial disparities in plea decisions, Lammy highlights the success of Operation Turning Point, a deferred prosecution scheme that was piloted in the West Midlands for three years. Offenders with only one conviction who presented a low risk voluntarily entered into a contract, agreeing to go through a programme of structured interventions such as drug or alcohol treatment. Prosecutions would be dropped for those who successfully completed their programmes. An early evaluation found that the cost of deferred prosecutions was lower than traditional prosecutions. The scheme yielded 68% fewer court cases than those prosecuted the traditional way, saving around £1,000 per case. If a final evaluation reaffirms these results, why not roll out the scheme across England and Wales?

However, staying on the topic of plea decisions, Lammy notes a lack of trust in legal aid solicitors, who defendants perceive as representing ‘the system’ rather than the client’s interests. One suggestion is to give people a choice of duty solicitors. Such a choice would be expensive – for a government continually pointing out that, with an annual expenditure of £1.6bn a year, we have one of the most generous legal aid systems in the world.

Another recommendation that would do wonders for improving offender rehabilitation is unlikely to see the light of day because it requires support across the board.

Recommending that youth offender panels be renamed local justice panels, Lammy says those with a direct responsibility for, or appropriate interest in, the child’s education, health or welfare, or general progress, should be invited to hearings. For example, if an offence is committed in school hours, teachers or the headteacher should be invited to discuss the school’s role in preventing future offending behaviour. But how many teachers can afford to spare an hour from their day to attend such a hearing?

It is perhaps telling that Lammy concludes his report by highlighting a final ‘precondition’ for progress: leadership. ‘Each branch of the CJS must decide on its own appetite for change. Reform must be taken on by courageous and determined leaders… I hope that all those in leadership positions will recognise the scale of the change needed and rise to meet that challenge.’

There’s a lot to unpack in the #LammyReview, including some flaws, but this is an important idea on several levels. pic.twitter.com/MW06isJtg7

Inviting defendants to give online feedback on judges? I’m not sure this Lammy Review recommendation will end well. pic.twitter.com/zwQZW2XTkM

If people act on Lammy view of duty solicitors it will take us back to pre-PACE. Dangerous and ignorant commentary, he should know better