A whiplash injury fraudster who claimed through a fake accident management company called ‘Shifty Rental Solutions’ has been sentenced following a 10-day trial.

Shajeel Malik not only invented the hire company but created an imaginary policyholder named John West in order to facilitate a claim after a faked RTA, Southwark Crown Court heard. The claim was pursued in the name Habib, alleging that his Mercedes struck 'West’s' vehicle causing him to suffer a soft tissue injury, and also bringing a claim for vehicle damage and credit hire.

Malik’s fabricated company managed and controlled the damages claims said to have been pursued by Habib, but it was discovered that the addresses for both Habib and the policyholder John West were false.

Insurer Direct Line Group and defendant firm Keoghs first defended the case as a civil matter. Keoghs discovered the claimant’s proof of address was a forged telephone bill, the credit card statement provided was a fake, and the invoice for repair was in the name of a fictitious garage. The initial claim was eventually struck out when no claimant attended trial, but the matter was pursued through the criminal courts based on the alleged level of fraud. 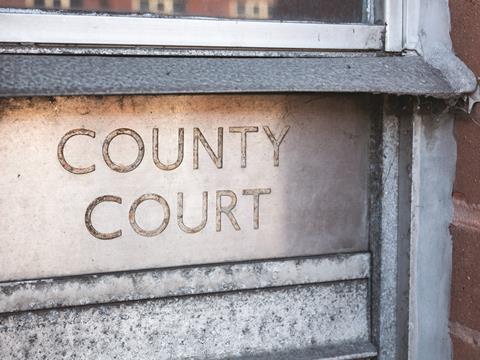 Fraudster attempted to take claim all the way to county court

Sentencing, His Honour Judge Grieve QC said Malik ‘had the gall to pursue the claim into county court, even after it had attracted suspicion’.

He added that Malik was ‘quite brazen in instructing a firm of solicitors to represent the ‘claimant’. It was only the fact that the insurance company stood its ground that led to you being obliged not to find anyone to stand up and pretend to be Habib at Oxford County Court. The fraud was sustained over a considerable period of time and you sought to support it with false documentation’.

Malik was sentenced to nine months in prisons, suspended for 18 months, and 100 hours’ unpaid work in the community.

Following the sentencing, Mark Stanger, head of Keoghs advocacy and prosecution counsel, said: 'This verdict and sentence send a direct message to those who would defraud insurance companies that their activities will not be accepted by the industry and will have serious consequences if brought before the courts.’