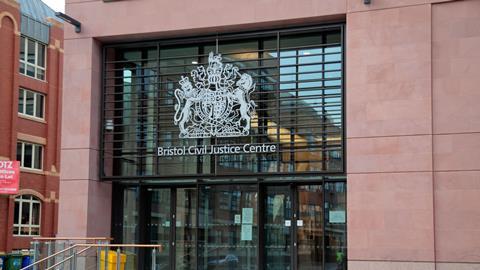 Solicitor costs slashed after judge rules them ‘well over the top’

The High Court has sliced solicitor costs by almost half after ruling that rates claimed were too high - even by soon-to-be inflated standards.

In the latest ruling in Axnoller Events Ltd v Brake & Anor (Summary Costs Assessment), His Honour Paul Matthews said the rates being claimed by London firm Stewarts Law were ‘well over the top, even for London firms’. The firm declined to comment on an ongoing case.

The judge explained that all the fee-earners except the trainee solicitor and the costs draughtsman were charged out at more than £100 an hour in excess of the new top guideline rates coming in October. The judge said he was prepared to take these new guidelines into account for the present assessment, even if they were not strictly speaking in force yet, but stated that the work involved in the present case did not justify anything in excess.

The latest ruling in the possession proceedings was an application for two forms of relief: one seeking an order in relation to Debt Respite Scheme regulations and the second an order that some of the parties be debarred from defending and counterclaiming in the proceedings.

The judge decided last week that one set of litigants, known as the Guy Parties, should be paid 50% of their costs of making the application, assessed on the standard rather than indemnity basis. The paying parties then challenged the solicitors’ charging rates, the number of hours claimed for, and the deployment of both a silk and junior barrister. Costs claimed for the applications came to £68,729, compared to the agreed £61,000 budget for the actual trial of the possession proceedings.

Lawyers for the Guy Parties said this was legally and factually complex litigation justifying the instruction of London solicitors, even with the case being heard in Bristol.

The judge said the retainer of the London solicitors was reasonable and that parts of the claim were legally complex. But he pared down the hourly charging rates for solicitors, which were £695 for grade A, £525 and £445 for grade B, £370 and £325 for grade C and £210 for grade D. Earlier this month, master of the rolls Sir Geoffrey Vos agreed an increase for grade A London solicitors to £512 an hour.

The judge said the number of hours recorded was ‘surprisingly high, even for a document heavy application’ and significantly more than it should be. He reduced solicitor costs from £47,789 to £25,000 and allowed £15,000 for counsel fees, instead of £20,000 as proposed.