An authority on blockchain and smart contracts is one of two academics to be appointed as law commissioners 'at a time of great constitutional, economic, social, scientific and technical change', it was announced yesterday. Professors Sarah Green and Penney Lewis will take up their five-year posts at the Law Commission, a body that keeps the laws of England and Wales under review, in January.

Green, a professor of private law at the University of Bristol, will replace Stephen Lewis as commissioner for commercial and common law. She was an IT specialist at the start of her career and is a member of the Bristol and Bath legal tech advisory board. She has written on virtual currencies, blockchain issues surrounding intermediated securities, smart contracts, sale of goods law as applicable to digitised assets, and wage theft. 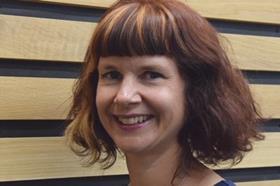 Green said technology poses a 'series of complex problems' for lawmakers and society. 'The work the Law Commission is undertaking on such matters as intermediated securities and smart contracts can help unlock obstacles to business, which will be especially important in the trading environments of the future,' she said.

Green will also take charge of finishing the commission's work on the right-to-manage process, which is part of a wider reform of residential leasehold and commonhold law.

Lewis, co-director of the Centre of Medical Law and Ethics at the Dickson Poon School of Law, King's College London, will replace Professor David Ormerod QC as commissioner for criminal law. Lewis is a member of the board of the Human Tissue Authority, the statutory regulator for human tissue and organs, and a member of Genomics England's ethics advisory committee. Her research work has covered criminal evidence and procedure, including historic childhood sexual abuse prosecutions, and the law governing corroborative and supporting evidence. 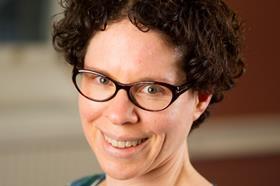 Lewis said she hoped her expertise would provide solutions to simplify criminal law. She was 'particularly excited' to begin on projects to improve the protection offered by the law for victims of hate crime, offensive and abusive communications, and the non-consensual sharing of intimate images.

Court of Appeal judge Sir Nicholas Green, chair of the commission, told the Gazette at the start of the year that he wanted to avoid traditional recruiting grounds to make the team more diverse.