The courts service must improve guidance and support to parties if they want to continue with remote tribunal hearings after the pandemic, a new report has recommended.

The Legal Education Foundation said HM Courts & Tribunals Service should provide a checklist before any hearing making sure that everyone understands the process and has the necessary papers to hand. This followed a survey of 1,500 tribunal judges which showed serious concern for arrangements for accessing papers – leading to applications to appeal – and confusion about the multiple versions of guidance about how to handle remote hearings.

The LEF report also called for changes to the functionality of the Cloud Video Platform after more than 30% of respondents to the survey said they were not satisfied with it, making this one of the most unpopular of all platforms used to hear cases. This was considered ‘worrying’ given that Cloud Video Platform has been chosen as the official platform for use across tribunals in England and Wales.

The report uncovered issues with the audio and picture quality and problems with feedback, distortion and time-lags. The incompatibility of the platform with browsers other than Google Chrome, and the ability of the platform to cope with lower broadband speeds, were also raised as concerns. 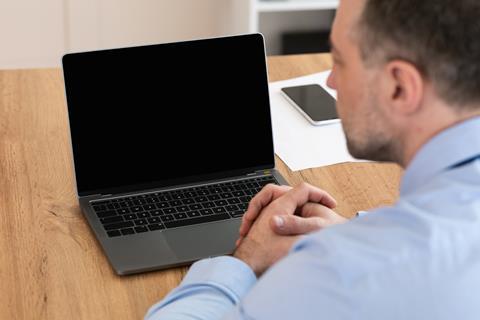 Report uncovered issues with audio and picture quality and problems with feedback, distortion and time-lags

The LEF said the platform should be adapted to show larger pictures of attendees and enhanced with a private virtual waiting room to facilitate pre-hearing discussions between parties.

Most respondents reported requiring more than one device to conduct remote hearings and judges said they had to purchase additional equipment to access e-bundles. One fee-paid judge reported having to spend £1,000 on new equipment and even 19% of salaried judges, whose equipment is provided by HMCTS, said they had to buy their own extra items.

The poll featured responses from 1,500 judicial office holders between March and July last year, and most came from fee-paid non-legal members. A majority said that remote hearings felt more tiring than those conducted in person due to the increased length, the extra concentration needed and the stress of making the technology work.

The senior president of tribunals, Sir Keith Lindblom, acknowledged that the rapid adoption of technology has been a challenge and that in-person hearing will continue to have their place, but said that remote hearings will offer in some cases more appropriate and swifter access to justice in future.