A council has paid tribute to one of its solicitors whose death, widely reported in the media last month, was linked to the Covid-19 vaccine.

Neil Astles, 59, was a senior property lawyer at Warrington Borough Council and passed away on Easter Sunday. He received the first dose of the vaccine in March.

Neil was at Warrington Borough Council for 15 months but the council said he had a long and distinguished public sector career in the North West of England.

He began his law career aged 16 as a trainee at St Helens Council. While working for Warrington and Runcorn Development Corporation and the councils of Manchester, Vale Royal, Preston, Bolton and Sefton, he studied and achieved a fellowship of the Institute of Legal Executives. While at Sefton, he obtained a first-class degree in law and qualified as a solicitor. He subsequently held senior positions at West Lancashire, Knowsley and finally at Warrington. 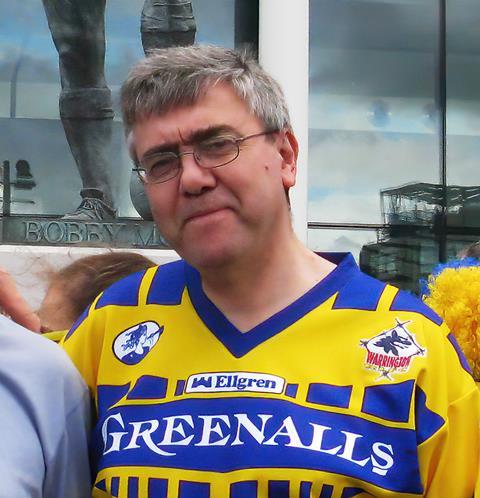 Neil Astles: 'a very decent, good man who was well liked by all who worked with him'

Warrington Borough Council said Neil was skilled, knowledgeable and able to deal with some of the most complex, high profile and high-value property matters that the council has ever dealt with. He was generous with his time, giving advice and support to junior colleagues as well as assisting other officers with difficult issues – and did all this with a modest, unassuming and down-to-earth style.

Several former colleagues across the north west have contacted the council, sending messages of condolence and comments about Neil’s skill and aptitude as a solicitor.

The council said Neil made a significant contribution to the regeneration of the North West over the past 40 years, contributing to the public purse and providing great locations for public service to be delivered from, as well as places for people to live, work and enjoy their leisure time. He led a professional life exemplar to lawyers working in the public sector.

Warrington Borough Council’s chief executive, Professor Steven Broomhead MBE, said: ‘Neil was a very highly valued colleague. He was respected as a technically excellent property lawyer and worked positively with colleagues to drive significant projects forward. More importantly, he was a very decent, good man who was well liked by all who worked with him. Our thoughts and sincere condolences are with his family and friends.’

The council’s legal team manager and Neil’s line manager, Paul Clisby, said: ‘I am proud to have worked with Neil and to have called him a colleague, and this is a sentiment shared by all those who worked with him over the years here in Warrington and across the North West.’