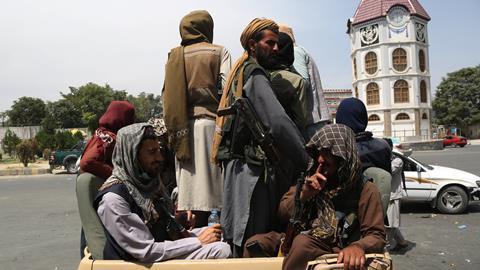 A frightened Afghan judge has contacted the Bar Council pleading for more help amid fears judges will be killed by prisoners freed by the Taliban.

In their email, the judge says they read the plea from the Bar Council, Law Society and Bar Human Rights Committee to the UK government to offer asylum to female judges and other legal professionals trapped in Afghanistan.

The judge says: ‘The situation in Afghanistan is gravely dangerous for judges. We live hidden, there is not any safe route to escape, and move to another country. The cities are filled with the soldiers of the Taliban, who are searching houses for government officials. Along with the fear of losing life to the Taliban, I am currently horrified of being killed by the convicted criminals who, with the help of the Taliban, broke jails and [set] free. Media is limited, social media is filled with false, frightening, and contradicting content. Fearing of losing the internet is pervasive and legit.

‘I am writing this to extend my gratitude and encourage you to put more effort into the protection of judges and advocating for considering judges as the most vulnerable officials in Afghanistan at the current time. I hope you share efforts with the government of the UK, other countries' governments, international organizations bar associations, judge's associations, and others in helping judges evacuate from Afghanistan and refuge to a safe country.

‘As I may lose internet in the coming hours or days, if anything you can do to offer a helping hand with the vulnerable judges, in advocacy, document preparation, or legal aid, please let me be informed.’

In an emergency parliamentary debate on Afghanistan yesterday, Conservative MP Sir Bob Neill, chair of the Commons justice committee, told a packed chamber that he had been contacted by judges’ families. ‘Judges, lawyers and prosecutors - part of the attempt to build a civilised society - were already being targeted for assassination even before the Taliban swept into power. They and their families now have to be in hiding. We have to help them.'

He also urged the government to prioritise bringing the 250 women judges in particular danger to safety.

The Home Office has announced a new resettlement scheme for Afghan refugees, with a target of resettling 5,000 Afghan nationals in the first year. However, Law Society president I. Stephanie Boyce said it may not be enough to protect those in imminent danger.

The Bar Standards Board said it was aware of barristers seeking to give pro bono assistance to Afghan nationals in need of urgent immigration advice.

‘In such circumstances, it may not be possible to satisfy the normal requirement in the BSB Handbook for the terms of any instructions to be set out in writing and sent to the client in advance. The BSB wants to enable barristers to help those in urgent need. Barristers in this situation should seek to ensure the client understands the nature of the service being provided and that a record is kept of how they have done that and why it was not possible to send a letter. They should also consider following up in writing if and when that is feasible,' the regulator said.