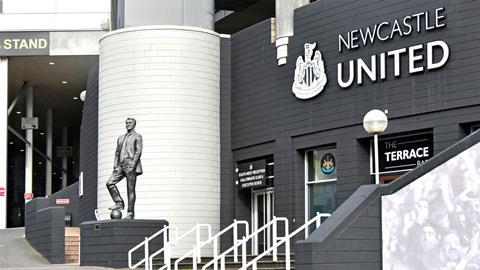 On the pitch in recent months, Newcastle United have become renowned for a pragmatic and often unadventurous approach, largely accepting their status as underdogs and adopting a conservative style as a result.

The same could surely not be said for the club’s lawyers, judging by its recent High Court battles with the Premier League in a dispute over a potential takeover from Saudi investors.

Not content with taking on the might of the World’s Biggest League™, the most recent case added three legal heavyweights to the list of defendants: former president of the Supreme Court Lord Neuberger, former master of the rolls Lord Dyson and the veteran Blackstone Chambers barrister Michael Beloff QC.

Newcastle had sought (unsuccessfully, as it turned out) to have Beloff removed as chair of an arbitration tribunal. Messrs Neuberger and Dyson had been appointed by the parties to sit on the tribunal and were added as participants because they had appointed Beloff as chair. (Neither of the former judges appeared or was represented at the hearing to decide on Beloff’s removal.)

Looking at the Premier League table, which at the time of writing has Newcastle one point above the relegation zone with a paltry 27 goals in 27 games, Obiter would suggest the team takes inspiration from its lawyers and shows a little more ambition in future. If the legal team can challenge such eminent lawyers, manager Steve Bruce’s men should surely have nothing to fear from the likes of Aston Villa and Brighton.