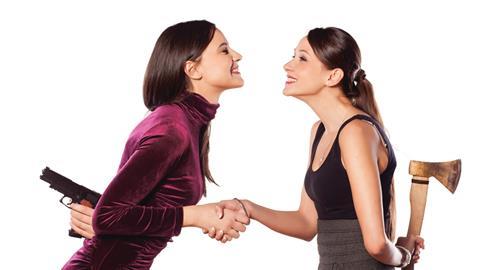 Best of friends – for now

As the political climate heats up for the general election, Lord Low of Dalston pulled off a remarkable feat last week: cross-party support for his latest report on social welfare law.

Conservative MP and former attorney general Dominic Grieve, Liberal Democrat MP and justice minister Simon Hughes, and Labour MP and shadow justice minister Andy Slaughter gave their (personal) stamps of approval to the Low Commission’s report, Getting it right in social welfare law, at an event in the House of Commons.

After Grieve posed for a picture – proudly holding his copy of the report – alongside Lord Low, it was Hughes’ turn for a photo alongside the man of the hour. However, the justice minister struggled for words when asked by Lord Low if he had the report (he didn’t). Fortunately, a nearby guest quickly handed Hughes a copy, much to his relief.

Realising he had now posed with a Conservative and a Lib Dem, the cross-bencher stayed true to his principles. ‘We should get Andy up,’ he said, ‘and get his fingerprints on the report.’

Heart-warming stuff, but Obiter suspects the Old Pals Act may not survive the next nine weeks.