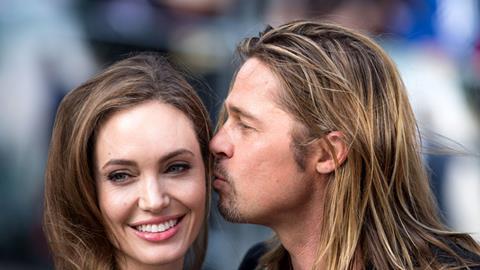 Brangelina divorce? Somebody think of the children

Media outlets have published a statement issued by Jolie’s attorney, which said the decision to file for divorce after two years of marriage (the couple have been together for more than a decade) was made for ‘the health of the family’.

Resolution said some of the media had neglected to concentrate on the couple’s six children in their dissection of the celebrity marriage.

Angelina files for divorce from Brad - as headlines focus on celebrity, we hope they will put their #childrenfirst https://t.co/p60G08beiM

In a section entitled ’divorce and parenting’ on its website, Resolution says: ’A divorce or separation can be a difficult time for everyone, including your children and other family members.’

Divorce can be difficult time for everyone, esp children. Free advice for Brad, Angelina, & any separating parent… https://t.co/fA3Wvv5nti

Sally Pike, partner and head of family at south coast firm Coffin Mew, was not far behind with her thoughts.

‘No doubt the couple’s focus will be on helping their six children through what will be a difficult time, but it appears from early press reports that this is already an area of possible conflict, as Angelina is purportedly seeking sole custody of the children with a request that Brad only has visiting rights.

‘This is a far cry from the joint residence arrangements that are becoming increasingly common in the UK, where neither party has sole residence and the child arrangements are focused on the children spending time with both parents.’

Much of the media interest following the announcement was in Laura Wasser, the US lawyer instructed by Jolie.

In an article published last week, Wasser told Vanity Fair she was once asked by a client whether he could add a clause to his pre-nuptial agreement ’stipulating that his wife lose her baby weight in a certain period of time if she wanted to received her annual bonus’.

Wasser’s clients include actor Johnny Depp, who recently made headlines following his acrimonious split from actress Amber Heard, Maria Shriver, who was married to actor and former governor of California Arnold Schwarzenegger, and singer Britney Spears.