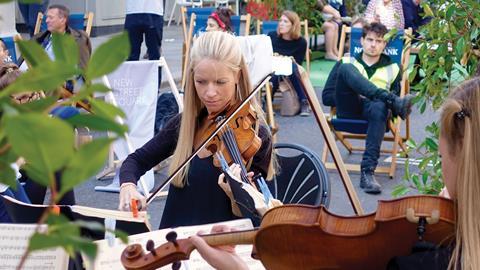 A string quartet, a beehive, a smoothie bike and a karaoke stall together with numerous food stalls and several bars were among the attractions popping up on London’s main legal thoroughfare last week. Chancery Lane closed to traffic for three lunchtimes in succession as part of the Lunchtime Streets initiative organised by the City of London Corporation and the Chancery Lane Association.

There were some grumbles from black cab drivers, for whom the route is a vital cut-through. But, judging by the queues at the globetrotting food market, the experiment was a success. Obiter hopes it makes a return next year.