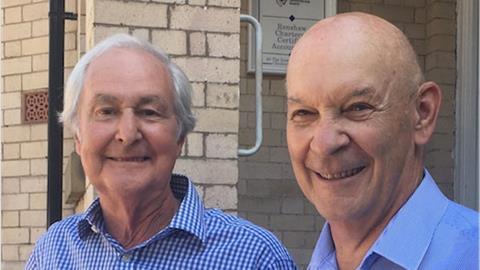 It was the year former US attorney general Robert Kennedy was assassinated, the 1967 Abortion Act came into effect in the UK, and Swaziland and Mauritius gained independence from Britain. Elsewhere, Manchester United became the first English football club to win the European Cup.

If you haven’t guessed it yet from these seismic events, we are of course talking about 1968.

Obiter has been informed this was also when Cheshire-based solicitors Bob Haworth and Richard Bell (pictured left and right, respectively) were added to the roll of solicitors.

Bell was admitted on 1 March and Haworth on 11 June. This means that the pair, both partners at HHB Law in Altrincham, have now clocked up a hugely impressive combined 100 years.