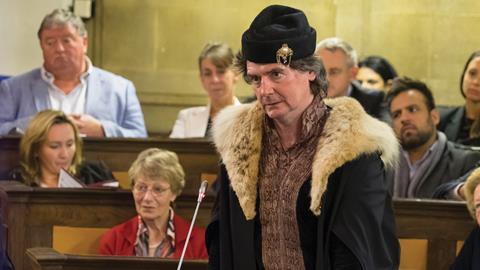 Crook back is no crook

The rehabilitation of Richard III continues apace with the verdict of a murder trial in Leicester, home of the last Plantagenet’s mortal remains.

Leicestershire Law Society, together with barristers’ chambers 36 Group, played out the hearing into the 1483 disappearance of the princes in the Tower before an audience of over 100 people at the city’s town hall. Prosecution and defence called witnesses in period clothing played by members of the legal profession. The jury’s verdict: not guilty.

‘It provided some light-hearted entertainment with a historical and legal spin,’ Cox said.