Obiter would like to extend our congratulations to Denis Cameron, who was admitted in 1971 and recently received his 50th practising certificate.

Denis practised as a solicitor in high street firms in Blackpool until his retirement from private practice in 2005, but his achievements stretch far beyond the Lancashire town. 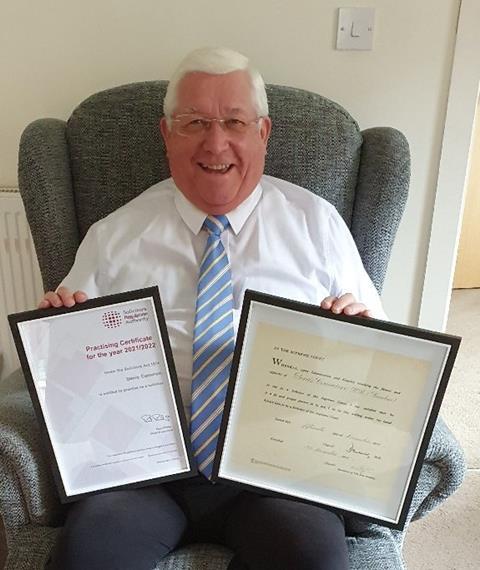 He was president of Blackpool and Fylde District Law Society in 1996 and was honorary secretary of that society from 1998 until 2002. In 1999, he joined the Law Society as member for Central Lancashire and Northern Greater Manchester and stayed in that seat for almost 20 years.

He has served on numerous committees and panels and was chair of the professional standards and ethics committee until 2018.

Not content with that, he has lectured all over the country to thousands of solicitors on various conveyancing topics, written articles for the Gazette and even written a history of Blackpool and Fylde solicitors which was published in 1994. Judging by his 50 years as a solicitor, someone could probably write a second book just on Denis himself.