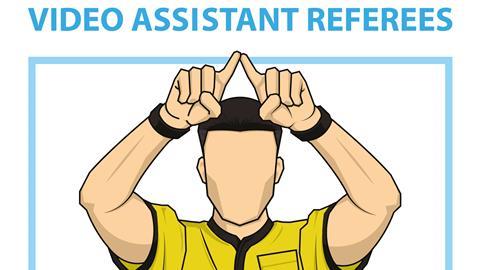 VAR may have been back in the headlines today following Liverpool's defeat to Napoli in last night's Champions League match, but the video assistant referee was being discussed for different reasons at Obiter Towers. Namely, is the frustration around VAR analogous to the impact of parliament's suspension on divorce reform?

National Family Mediation, a campaigning charity that helps families going through separation or divorce, thinks so.

In an article for Family Law brought to Obiter's attention today by the charity, chief executive Jane Robey says: 'With the decision to prorogue parliament, the prime minister halted a bill that would have made life so much easier for couples who just want to get on with their divorce, making a fresh start as quickly and painlessly as possible. Having passed its second reading in the House of Commons it moved to report stage.'

No arguments from us.

'But its further progress has been put into "freeze-frame" mode by the prime minister's controversial and contentious decision. And so the waiting goes on. The impact on this new law of parliament's prorogation - and the associated court cases questioning the legality of the PM's decision - is like the effect of the video assistant referee upon Premier League football matches.'

Robey continues: 'The joy of a goal being scored is muted when the VAR call is made. TV freeze frames are deployed. Nobody knows for sure whether the goal is going to be allowed to stand - until the ultimate VAR arbiters have cast judgement. And so it is that at the time of nobody knows when, or if, divorce reform will finally come into play. What a frustrating time.'

Should the Divorce, Dissolution and Separation Bill come off the bench, let's hope it doesn't require extra time to get through parliament.