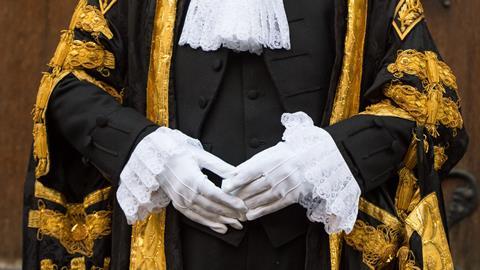 Get ready for another lord chancellor

Ballot papers have been dispatched to around 160,000 Conservative Party members to decide who will lead their party and move into 10 Downing Street. But while they decide if it 'Has to be Hunt' or they choose to 'Back Boris', the legal profession is bracing itself for another lord chancellor as David Gauke signalled yet again that he's on his way out.

Appearing on the BBC's Andrew Marr Show yesterday, the justice secretary was asked: 'He's [Johnson] going to sack you, isn't he?'

Gauke replied: 'I suspect I will possibly have gone before then.' The justice secretary explained that if Johnson required all cabinet members to sign up to being prepared to leave the EU without a deal on 31 October, Gauke couldn't support that policy and would resign in advance.

Days earlier Gauke acknowledged that, 18 months into his role, he was 'now something of a veteran' by contrast with his immediate predecessors.

He told the Lord Mayor's Banquet: 'Indeed, I am the first lord chancellor in a while to have served long enough to deliver two of these speeches. It is true that my predecessor but two, Michael Gove, made it to his second speech but he left the government one week later when a new prime minister, with whom he did not see eye to eye, took office. How times have changed. I might only have three weeks.'

So who could become the seventh lord chancellor in nearly a decade if Johnson becomes PM? The Guardian reckons it could be Dominic Raab. The former Linklaters solicitor is no stranger to Petty France, with stints as parliamentary under secretary and a minister but never the top job. Other solicitors with Ministry of Justice form to 'Back Boris' are Shailesh Vara and Helen Grant.

Of course nowadays the lord chancellor doesn't have to be a lawyer, which leaves the field pretty open. But recent history suggests it might be safer to stick to the professionals.