An access to justice charity wants to publish an illustrated children's book about the Supreme Court president.

She is admired widely in the legal profession and now it looks as if Lady Hale, president of the Supreme Court, could become a hit with the kids as well. 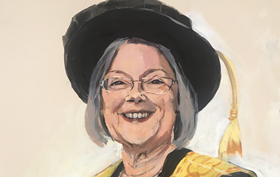 Legal Action Group, a charity that campaigns for access to justice, wants to publish an illustrated book about the girl who was brought up in the North Yorkshire countryside who went on to become president of the UK's highest court.

Hale says she is ‘thrilled’ at the idea of making her ‘amazing life...into a picture book to entertain and inspire young people’.

LAG wants to publish the book next year - 100 years after women were first permitted to become lawyers - and needs to raise £25,000 to cover production costs.

If, for any reason, LAG can’t publish the book, donations will fund the charity’s campaign work. But Obiter is hoping it doesn’t come to that, because that’s our Christmas 2019 prezzies sorted.