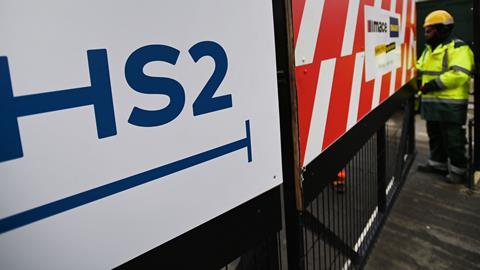 The HS2 rail extension to northern legal hub Leeds may have hit the buffers last week, but for some lawyers the gravy train continues at full speed.

Annual accounts for HS2 Ltd, up to March this year, show the company has spent almost £30m on legal costs related to the new high-speed railway line. Recent reports suggest legal spending by the Department for Transport is many times more.

There is rarely a month goes by without a judgment relating to some litigation, on everything from procurement challenges to the valuation of properties acquired under compulsory purchase orders.

The actual building of the line, the first phase of which is due to be completed between 2029 and 2033, appears to be doing little to slow down the legal wrangling. A freedom of information request to the Government Legal Department revealed the number of live cases ongoing as of last week was 28. These cover those where HS2 is a client or where HS2 or ‘High Speed Two’ appeared in the case description field on GLD’s case management system, so it is possible there are more.

Since the figures were revealed, the news emerged of the eastern leg between the Midlands and Leeds being scrapped. Any legal disputes arising from the decision will have to join the queue.