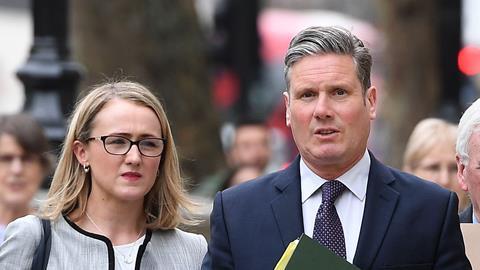 Labour frontrunners on a roll

At the time of going to press, two candidates are out in front in the race to lead the Labour party – and both are lawyers.

Sir Keir Starmer’s career will be familiar to most readers. The Doughty Street barrister took silk in 2002 and was director of public prosecutions for the CPS for five years before becoming an MP. According to rumour – circulated for years but ramped up in the past week – he was the inspiration for the Mark Darcy character, played by Colin Firth, in Bridget Jones’ Diary. Although Starmer, to the best of our knowledge, has never had a fist fight with a love rival outside a restaurant window.

His chief rival is Rebecca Long-Bailey, who was once a commercial and contract law solicitor at Pinsent Masons, Halliwells and Hill Dickinson.

Curiously, and despite being on the roll for 13 years, Long-Bailey did not reference her legal career in her opening pitch to the left-leaning magazine Tribune, and there is nothing in her Twitter profile about her professional past. One hopes she does not consider it a handicap.