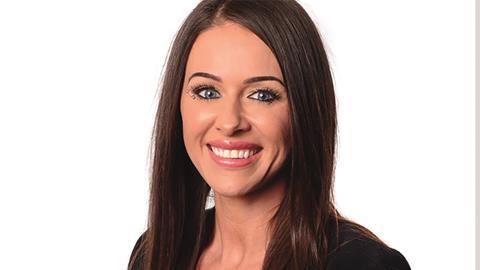 It’s week three and she is still there… we think! The Apprentice’s resident solicitor Sarah Ann Magson appears to be playing the long game as she seeks to become the new business partner of Lord Sugar. The ‘highly motivated’ Watson Woodhouse solicitor describes herself as having ‘specialist knowledge of litigation, advocacy and civil court procedure’.

In the most recent task, in which contestants created a comic aimed at children, Magson helped to pitch her team’s idea but alas the show’s editing did not give Obiter time to assess her advocacy skills. Back to the board/courtroom for a post-task debrief where the team was asked what they thought of the project manager’s skills. Magson briefly looked as though she wanted to say something – or lay down the law, you may say – opening her mouth before quickly changing her mind.

Keeping your head down is clever for the time being but Magson may have to ratchet it up a few notches in the coming weeks if she wants to sail off into the sunset with Lord Sugar.