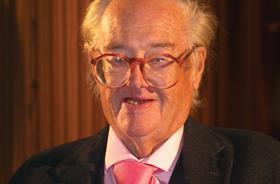 Tributes have been paid to one of the legal profession’s best known figures, the barrister and writer Sir John Mortimer, who died last week. Desmond Browne QC, chairman of the Bar Council, said: ‘By creating Horace Rumpole, he has ensured that he will never be forgotten by barristers anywhere in the common law world.’

The government was poised this week to make concessions on the Access to Justice Bill after some 300 amendments were tabled on the eve of its committee stage in the House of Lords. Lobby groups moved to capitalise on criticisms of the powers given under the bill to the Lord Chancellor to issue open-ended directions on the scope of the planned Community Legal Service.

The British Medical Association unveiled its proposals for a ‘no fault’ compensation scheme last week, undeterred by an apparent lack of government enthusiasm for such a scheme.

Through a kindly thought in a solicitor’s will, Mr Bert Mannix, a pavement artist in Gloucester Road, Kensington, is better off by £20. Mr C.G. Dehn, who died last October, was the testator, and his legacy was prompted by his daily talks with the artist, whom he was wont to describe as ‘a great character’ and whose work he was accustomed to admire on his way to his office.