Imagine lawyers travelling to work at a central London magistrates’ court which boasts a spa, swimming pool and working lifts.

Inconceivable? Well, yes and no. Such has been the happy fate of Old Street Magistrates’ Court, now transformed into the five-star Courthouse Hotel in London’s trendy Shoreditch, venue for this year’s Lawyers in Local Government weekend school. The hotel’s website states that the Grade II Baroque building ‘held some high-profile cases such as the London mobsters, the Kray twins, who stood trial for “demanding money through menaces”’. As well as holding and sentencing notorious criminals, the police station also briefly held Eric Arthur Blair, better known as George Orwell, while he was posing as a tramp.

Perhaps the hotel could honour the court’s history by showing the Krays or 1984 in its 196-seat cinema. 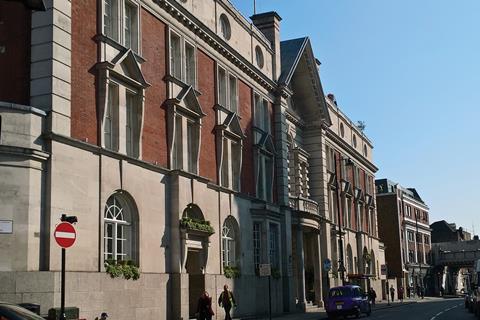