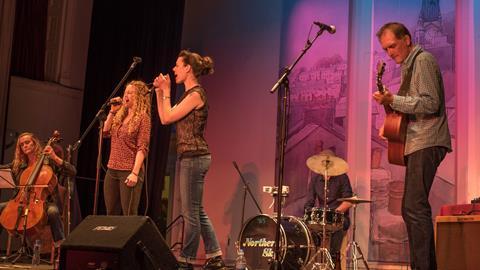 The band was formed by family solicitor John Osborne of Lancaster and Preston firm Harrison Drury (on guitar) who also writes all the songs. ‘They’re based on love/loss/hope/despair,’ he tells Obiter. ‘Perhaps inspired by my matrimonial caseload a little bit?’ Judge for yourself at www.northernskykendal.com.

Osborne also has time to play in the office band, Harrison Fury, featuring Osborne on guitar and vocals; managing director, John Chesworth, on bass; head of corporate David Filmer on drums; and Kim Watkinson, admin executive, on vocals. That band is ‘more a bit of fun’, he admits.