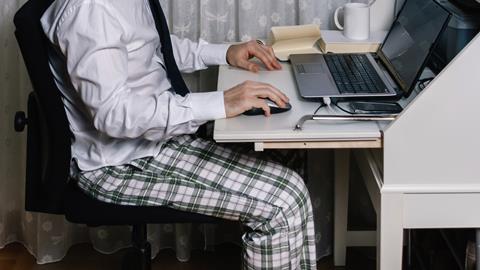 At this time of year, 100 or so lawyers are usually preening their wigs, buckling their shoes, hitching up their stockings and sweeping into Westminster Hall to be sworn-in as Queen’s Counsel.

Thanks to Covid, however, this year’s ceremony was replaced by something a little more utilitarian. Instead of being received by lord chancellor Robert Buckland – heavily disguised in a full bottomed wig and gold-trimmed gown – the 116 new silks were greeted by an email.

Following news of their success in December, the appointees were emailed the QC declaration in February, which there were asked to sign and return. Then, this week, letters patent landed in their inbox. Much to the disappointment of Obiter – who enjoyed the idea of 116 bewigged, pixelated heads appearing on computer screens across the country – no virtual swearing-in ceremony took place.

All is not lost, however: a real life celebration is on the cards once lockdown is lifted. ‘The stated plan is to hold an in-person ceremony later in the year,’ Freshfields partner (and freshly minted silk) Will Thomas told the Gazette. ‘So, there should hopefully still be ample opportunity for big wigs and buckled shoes.’