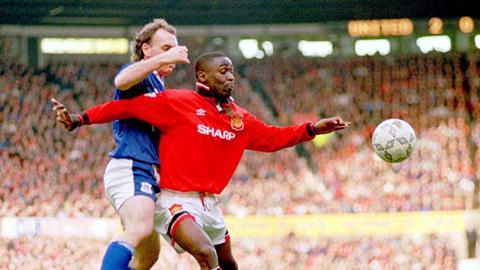 Tractor Boys and Adnams: getting to know the new lord chancellor

Newly appointed lord chancellor David Gauke already ticks one box. As the first solicitor ever appointed to the role (if we ignore the unlikely precedent of Sir Thomas More, suggested by some wag on Twitter this morning) he will start with some goodwill among colleagues in the profession. Gauke’s wife Rachel is also a tax solicitor, working for Lexis Nexis UK.

But what else do we know of the former Macfarlanes associate? Strangely for a man in the public eye for well over a decade, not a great deal.

Ipswich-born Gauke is a lifelong supporter of his home-town football team and once revealed that he had been present when the Tractor Boys lost 9-0 at Manchester United in 1994. (The result, incidentally, still stands as a Premier League record defeat.)

His other interests include cricket, country walks and reading, according to an entry on the Conservative Party website. The first of these is certainly a regular passion: Gauke’s register of interests shows he has enjoyed hospitality at Lords on three occasions in the past 18 months.

If you're not a sports buff and find yourself in a lift with the new lord chancellor, perhaps you could mention Wales? Gauke once tweeted that he had enjoyed a family holiday in Harlech, and also shared with the world that he could see Wales from his in-laws’ house.

If you're minded to buy him a pint, his Twitter feed also reveals a liking for Adnams ale.

On his voting record, there is little to suggest he will tear up existing justice policies (rebellious MPs don’t generally make it into cabinet). Gauke has generally voted for restricting the scope of legal aid (eight votes for, one against) and for limits on success fees paid to lawyers.

But expect him to be adept at dealing with any crisis in his new department. A profile at Conservative Home last October revealed that former chancellor George Osborne would call ‘Uncork the Gauke’ whenever an issue needed the sting taken out.

The affectionate piece described him as dull, honest and devoid of personal arrogance, with one former colleague noting: ‘He is the Red Adair of the administration – the Efficient Baxter without the officiousness – the middle-order batsman who, if the openers are out cheaply, ensures that the middle order does not collapse.’