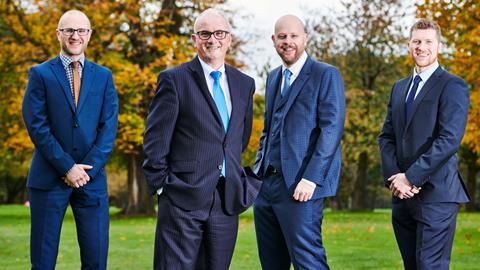 Commercial property expert Michael Payne is set to retire as a partner at Midlands firm mfg Solicitors after a career which has spanned 48 years – spending nearly 40 years with the law firm and its predecessor.

Payne began his career at Shrewsbury Borough Council in 1973, qualifying as a solicitor in 1983. He joined historic law firm Gwynne & Sons in the same year, rising rapidly to partnership in 1984.

Gwynne & Sons merged with Morton Fisher in 2005 to become mfg Solicitors, with Payen, who has been based in the Telford Office since 1999, becoming a partner of the new-look firm.

He said: 'I have spent nearly 40 years with the firm and enjoyed playing a key role as it has evolved into a truly nationally respected legal practice across all specialisms. Our commercial property department is busier than ever but we have built a superb, first-rate team over the past few years. Having such a huge amount of talent has made the decision to retire much easier for me.'

He will be succeeded by experienced fellow partner, David Raymont, who will work closely alongside solicitors Andy Ward and Matthew Allen across the firm’s Shropshire offices in Telford and Ludlow.

Maynard Burton, partner and chairman at mfg Solicitors added: 'Michael has been a key architect in the history and progress of mfg Solicitors and he leaves a huge legacy.'

Payne said: 'After many happy but busy decades in the legal profession, I am looking forward to spending quality time with my wife Wendy, relaxing, and continuing to play an important part in Shifnal Golf Club where I have been a member for the last 40 years. I am the club’s current vice-captain, and I am deeply honoured to be proposed as the club’s men’s captain from the 1 April 2022.'