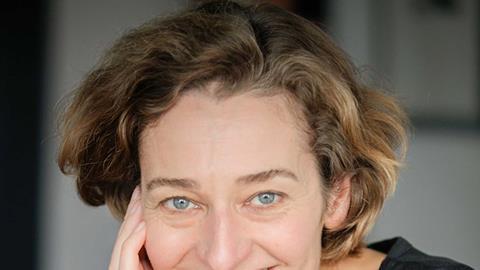 As the scale of the financial crisis of 2008/09 became evident, the response between and within law firms and in-house legal departments varied hugely. Many firms saw their fee income fall by a quarter, causing managing partners to slash headcount, merge with other practices, or abandon certain areas of law altogether.

For Ian Gatt QC, eminent litigator and one of the founders of Herbert Smith Freehills’ advocacy unit, this was the trigger to take ‘a long hard look’ at the firm’s approach to supporting ‘mental wellness’ for staff, lawyers and partners.

‘With the recession starting to bite, it was a recognition that we had a duty of care,’ he recalls. ‘It affected people in their professional and personal lives.’ A tough economic environment, Gatt notes, magnified pressures that already came with the ‘high-performance culture of a professional services environment’.

Also in this conversation is Dr Mary Bradbury, a psychoanalyst who has advised on the programme which Gatt and colleagues devised since its inception. She writes the hard and soft-copy materials on mental wellness, runs workshops and advises teams and individuals. Actors have also come in to perform role-plays that facilitate discussions.

There is an easy atmosphere between Bradbury and Gatt – it even takes them a while to recall how she was brought in (an introduction through a former partner of what was then Herbert Smith, Henry Raine, they decide). 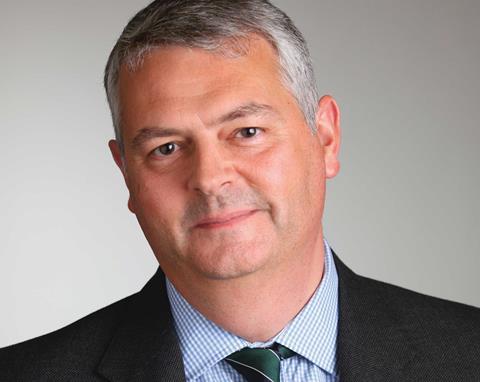 Gatt describes the workshops as ‘chalk and talk’, which is an approach that lawyers and staff welcome. Sessions were positioned as part of the firm’s general diversity training. In common with other activities falling under equality, diversity and inclusivity, meetings had the advantage of cutting across traditional law firm hierarchies, with attendees coming from different departments, levels and functions.

An overriding priority, Bradbury says, was to tackle the ‘stigma’ attached to mental heath problems. She notes that society and business attitudes have shifted as the HSF programme has developed: ‘So much has changed, even in the past four years.’ The key to an effective programme for any workplace, she adds, is to create an atmosphere where people can be ‘open’.

People have ‘a public and private self’, she explains, but the two can be hard to isolate – the pressure to separate them creates an extra layer of stress. ‘If you have suffered a bereavement,’ she observes, ‘it is far better to let colleagues know what you are dealing with.’

Progress happens, Gatt confirms, when a workplace can ‘normalise’ such discussions in a way that makes greater openness possible. People should be comfortable with disclosing matters such as care commitments including ‘problems with an elderly relative’.

Anonymous feedback from participants in Bradbury’s workshops suggest that her intelligent and authentic approach to wellbeing has convinced what can be a sceptical audience.

‘Extremely enlightening,’ ran one of many comments shown to the Gazette. ‘I know there is still a huge stigma regarding people suffering from any sort of mental health issues, and this seminar did a lot to educate and disabuse people of general misconceptions and stereotypes.’

‘I am encouraging everyone in my department to attend,’ ran another, and ‘it should be compulsory’.

Communicating the effectiveness of treatment is key, says Bradbury, and the ineffectiveness of historical attempts to treat mental health has left an unhelpful legacy. Lawyers, she says, engage with the problem-solving side of this issue – whether it be the use of effective medication that reduces anxiety without impairing mental capacity, or introducing counselling.

It is hardly unreasonable, of course, to grant latitude and understanding to colleagues when they are coping with bereavement, divorce or caring responsibilities. But any organisation has more difficulty in controlling work-related sources of negative stress. Professional services careers trigger stresses that are not always in the gift of the law firm or legal department to manage.

‘There are certain things you can’t control,’ Gatt notes, ‘court deadlines in litigation, for example.’ But he reflects that some of the factors that can contribute toward a damaging, ‘macho’ approach to delivering professional services stem simply from poor organisation. ‘It is very rare for deadlines to creep up on you in litigation,’ he observes. ‘Those deadlines have usually been there for some time.’

HSF now monitors ‘over-utilisation’ of individuals, so that someone identified to be consistently over-working should be engaged in a conversation about their workload.

Better attitudes to flexible or agile working should help here, he notes. A good manager should take note when someone is doing too much and adjust matters accordingly.

Tellingly, although the five elements of ‘wellbeing’ are pinned to the wall above his desk at HSF’s Exchange House above London’s Liverpool Street Station, this is a conversation Gatt is having from home. It is clear that approaches to flexible working are key to any firm’s ability to manage the welfare of lawyers and support staff. A large international firm provides opportunities to share best practice and set the ‘tone from the top’, using powerful leaders where they are on board.

However, Bradbury and Gatt acknowledge that for a cross-border business, additional complications arise. When you have teams working across different time zones this inevitably means phone calls and working at irregular and unsocial hours. In London, you can be up at dawn to speak to colleagues and clients in Asia and Australia, and still be there late at night communicating with the Americas.

The ubiquity and seductive nature of modern communications also presents special challenges, feeding the ‘macho’, long-hours culture. Bradbury says: ‘For many people, not enough of life is a “non-media event”,’ alluding to an inability – often unwillingness – to escape from work emails and social media. Everyone has heard of lawyers who get up specially in the middle of the night to email colleagues, thus proving how diligent and committed they are.

Of course, separation from work communications is accepted in principle by many workplaces. But to make time out from work a reality, Gatt stresses the importance of ‘tone from the top’. ‘You’ve got to have role models,’ he says. If, for example, a senior lawyer’s ‘out-of-office’ message is routinely followed seconds later by a reply from the recipient, then the tone has not been set.

There are also greater opportunities in a big cross-border organisation for sharing best practice. Herbert Smith’s merger with Australian firm Freehills has brought its members into close contact with a jurisdiction where attitudes to mental health issues are, Bradbury notes, more advanced than the UK. In terms of research and practice ‘Australia is well ahead of the game’, she says.

Even where the demands of the working environment cannot be changed, Bradbury and Gatt are keen to stress that language used in the workplace is an important factor in creating a healthier work environment.

Both recognise and decry the phrase ‘playing the stress card’ – a derogatory term applied to people whose colleagues believe they are hiding behind some legally defensible form of dubious absence. In any organisation, so the argument goes, poor performance management would fail to pick up both a good employee who needs support, and one who is letting the team down for no good reason.

The language factor also serves to place mental health issues squarely within the structures HSF has devised to deal with diversity, equality and inclusion. In particular, Gatt cites the ‘unconscious bias’ training that is now well-established at HSF – a programme that began with partners, and which is now well established at all tiers in the firm.

And while at first glance it may, to some, seem strange to place ‘mental health’ alongside religion, gender, sexuality and ethnicity, Gatt insists it is all part and parcel of how one manages ‘talent’. The fact that there is now a well-trodden path for ‘normalising’ difference is helpful.

To that end, Gatt says, the networks within HSF are starting to present to one another in an attempt to spread both understanding and best practice. Members of the LGBT (lesbian, gay, bisexual and transgender) network, for example, are planning a joint session with the Family Network on the experience of coming out to family members.

Another point that links the mental health network to the lines on which other HSF networks are run is the chance to involve clients. When comedian and trained psychotherapist Ruby Wax was invited to relaunch the firm’s mental health network earlier this year, clients sat among HSF lawyers and staff in a 100-strong audience. Clients, Gatt says, have followed up their interest in the firm’s work on mental wellness and want to learn from its experience.

HSF is not alone in its labours on wellbeing and it is encouraging to see more law firms recognising this as critical to their management. One of Bradbury’s more recent appointments was to launch a mental health project at commercial law firm Memery Crystal, for example.

There is still some way to go however; Gatt says there is a case for a more determined, profession-wide response to the mental health challenges facing the legal profession’s members and managers.

That need not, Bradbury notes, entail an unsupportable burden at a difficult time for many legal businesses. ‘Knowledge doesn’t have to be expensive,’ she says. ‘Part of what is needed here is stressing intelligent management, and getting a commitment on “tone from the top” from senior management.’ The Health and Safety Executive’s emphasis on mental health issues, she adds, echoes the stress that government placed on physical ‘wellness’ from the 1970s.

Gatt is keen to give full credit to colleagues who have worked with him on mental health issues – among them former head of diversity Carolyn Lee and her successor David Shields. But firms looking for an appropriate senior champion could do worse than an experienced litigator – someone who is used to spotting, and addressing, clients’ sources of stress by offering a practical way through.

In common with litigation, there is nothing easy about addressing colleagues’ mental health, and once out in the open this is an issue that could and should engage lawyers on a level that is at once commercial, intellectual, human and challenging. When you put it like that, it sounds like something any lawyer would want to excel at – and who knows a lawyer who doesn’t like winning?