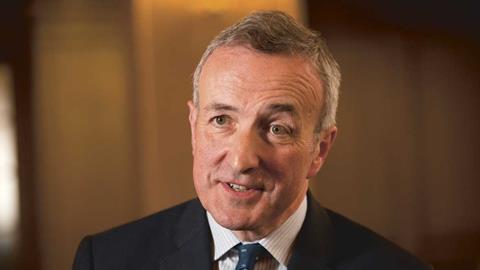 Robert Bourns assumed the Law Society presidency three weeks after the UK voted to leave the EU. So it is reassuring to hear him confidently assert that English law will continue to be the jurisdiction of choice for global business.

‘The profession’s expertise and integrity are unchanged by Brexit,’ he insists. ‘The footprints of City firms across the world similarly remain unchanged. We are ideally qualified to be in the vanguard of whatever comes next.’

He adds a caveat, however: ‘A host of other jurisdictions are queuing up to take advantage of any uncertainty or hesitation on our part.’

Bourns’ accession to the presidency – on 14 July – also came hot on the heels of the Competition and Markets Authority’s (CMA) publication of its decision not to begin a formal investigation into the legal services market (see news). The decision was not without controversy, with Chancery Lane addressing the CMA’s headline conclusion that competition is undermined by lack of transparency on pricing and service quality. It pointed to research jointly commissioned with super-regulator the Legal Services Board (LSB) that found that solicitors are more likely than other advisers to provide information on costs and how long work will take.

Bourns observes: ‘The bottom line is that regulation must protect clients and the public interest. These issues were carefully considered by Sir David Clementi during the process of drafting the Legal Services Act [2007] and, as it stands, the system seems to be working effectively – and, crucially, regulation is operationally independent.’ He adds: ‘However, I do think the current definition of regulation is not properly understood.’

Brexit, the latest intervention of the CMA and, forever rumbling in the background, the threat of further public funding cuts – Bourns takes the reins in interesting times. But then he is accustomed to flux. He has spent 16 years – first as managing partner, then as senior partner – helping to transform Bristol firm TLT from a one-office operation to a national firm with around 1,000 staff, seven offices (including a niche shipping team in Piraeus, Greece) and a 2014/15 turnover of £62.5m.

In the meantime, he has built a considerable reputation as an advocate and employment lawyer, with particular expertise relating to the Transfer of Undertakings (Protection of Employment) Regulations (TUPE), insolvency, partnership (including limited liability partnership), issues concerning professional conduct, and the exiting of senior executives and partners.

In those years, TLT has won plaudit after plaudit. For four years in succession the Financial Times judged it to be among Europe’s top-50 most innovative law firms. It has consistently been named or shortlisted for national/regional firm of the year and the Managing Partners’ Forum award for best-managed firm.

The transformation is all the more remarkable given that it was achieved despite the 2008 economic meltdown that saw banks crash and burn and investors flee for the hills. And Bourns was there right from the beginning. He became part of TLT’s management team when, in 2000, his then place of work, Bristol firm Trumps, merged with another Bristol firm, Lawrence Tucketts – and TLT was born.

Bourns’ track record suggests he has a very safe pair of hands to help steer the profession through fresh turbulence. So how and why, given his busy day job, did he become first a Law Society council member and then president?

‘It all started with Clementi,’ he replies. Sir David, a former deputy chair of the Bank of England, was appointed by the government in 2003 to undertake a review of the regulatory framework of the legal services sector. As an active member of the Bristol Law Society, Bourns found himself feeding into that review. ‘It whetted my appetite,’ he says, ‘as to how the profession is viewed from the outside and how it, in turn, views its clients. There was also some indignation at the time that Sir David, an outsider – not a lawyer, but a financier – should engage with our profession.’

Published in December 2004, the review recommended radical changes that have shaped today’s practising landscape. These included market liberalisation and the clear separation of the regulatory and representative functions of frontline bodies such as the Law Society and Bar Council, in order to reduce the perception of conflicts of interest.

The review also recommended the establishment of an LSB for regulatory oversight. Crucially, however, although the LSB was to be the overarching regulator, it would delegate regulatory powers to frontline bodies. ‘The effect,’ continues Bourns, ‘was that regulation remained profession-led, but was now more market regulation than regulation based on a code of behaviour.’

When TLT opened a City of London office in 2005, Bourns began to spend half his working life in the capital. It was a small step from there to engaging with other firms in the City and then, in 2011, to becoming one of five City of London representatives on the Law Society council. In subsequent years, he became an elected member of the management board and a member of the regulatory affairs board regulatory processes committee. He also became a member of the equality and diversity committee which, he says, ‘has the wide remit not only to look at the Law Society’s own [equality and diversity] performance, but also to oppose everything that militates against the diversity of the profession as a whole’.

So, having ascended to the post of senior office-holder what will his 12-month term bring? ‘I’ve no illusions about the role of president,’ he replies. ‘It is principally ambassadorial, with a duty to support the Law Society in all its initiatives. I’m picking up the baton and carrying on with what my predecessors were doing to promote this jurisdiction as the international jurisdiction of choice, improve access to justice and highlight the central significance of business and human rights.

‘But one of my particular themes, which I’ve been peddling across the regions, is to encourage the profession of England and Wales to feel pride in what they have achieved. Those people who disparage or dismiss us should be told in no uncertain terms that we provide our clients with real value.

‘We established our world-leading legal network not through being hugely subsidised, but in a climate where failure is evidence of misconduct. It’s about time that someone encouraged us to take pride in our achievements and to be more confident about the future.’

He adds: ‘What is also important is that the Society has more than 168,000 individual members [on the roll of solicitors]. It needs to pay attention not only to the firms that are the backbone of the profession, but also to the Junior Lawyers Division, the Women Lawyers Division and similar groups that are young, full of vigour and practising law in a variety of ways.

‘It is important to give them a line of sight to the opportunities open to them. We should pay due regard to their aspirations and potential. We should also be aware that the profession is evolving rapidly. It is expected that by 2020, some 35% of solicitors will be working in-house. Already, around 80% of our members have the status of being employed [as opposed to being sole practitioners or equity partners].’

Bourns describes the Law Society as a ‘nexus’ within the profession, ‘drawing everything together, helping shape policy through the work of its committees, lobbying government, and listening to its members and communicating their priorities and concerns’.

We return to the day job. Bourns is an employment lawyer and so it seems natural to ask him whether worker protections are likely to be diluted now the country has voted to leave the EU.

‘It’s a case of wait and see,’ he replies, explaining that not all areas of UK employment law have their origins in EU law. These areas include unfair dismissal, shared parental leave and the national minimum wage, which are unlikely to be affected as a result of Brexit alone.

Anti-discrimination and family-friendly rights, which have become embedded in this country’s day-to-day working culture, are also unlikely to be watered down, he believes. However, TUPE regulations and the working time regulations may fall away if the UK repeals the European Communities Act 1972, the legislation that provides for the incorporation of EU law into our domestic law.

Finally, and returning to Bourns’ ambition to give people a ‘line of sight’ to what they might achieve, we turn to Bourns’ voluntary activities. These are numerous and include being a trustee of ABLAZE – the Bristol Learning Action Zone, where primary school pupils are given one-to-one mentoring in reading and arithmetic.

Secondary school pupils are also invited to imagine what they would like to be doing in the future and told how to get there. ‘They don’t have to stay trapped in a postcode,’ he says. ‘Social mobility and diversity is not about dumbing down.’

One suspects this down-to-earth, can-do attitude will need to be much in evidence in what promises to be yet another year of change for solicitors.