Next in our series examining how English law is being used in different jurisdictions, we hear from Anna Weiss, who works at Kennedys’ Miami regional hub

English law makes its way to Latin America and the Caribbean

As a Scottish lady (with all the stereotypical features of one) it’s pretty clear that I am not originally from my chosen hometown of Miami, Florida, nor from the region in which I work as a lawyer, in LATAM and the Caribbean. 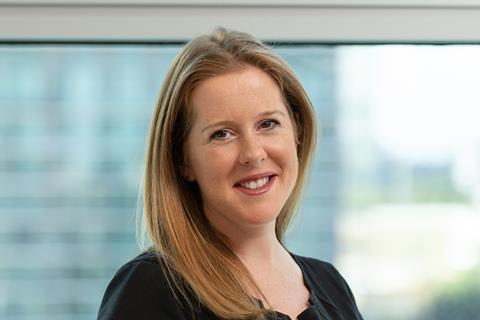 The beauty of Miami is that it’s the gateway to the Americas and as such, it has a hugely diverse cultural mix of people from Latin America, the Caribbean, the US and Europe, and people from all over the world happily make it their home. As a result of this it’s a vibrant business city, where Spanish is the main language and when you land at Miami International, taxi drivers will tell you they are taking you to the closest city to the US, often nicknamed the 'Capital of Latin America'.

Miami has been a longstanding hub city for the Latin American and Caribbean (LAC) region. Many corporations from around the world have located their LAC headquarters here due to its convenient geographic location, language and cultural mix.

Since Covid-19 wreaked havoc across the world, we have also seen an influx of US companies now moving their headquarters to Miami, a city which has remained relatively open during the pandemic.

The city’s other nickname, ‘The Magic City’, which came from its rapid growth from winter visitors seems to still be living up to its name which was given as people remarked that the city grew so much from one year to the next that it was like magic.

Chambers Associate US edition 2021 tells us that Florida is the fourth largest US economy and third most populous state in the US, such that 'Florida is coming to the fore as an appealing destination to practise for many lawyers'.

For close to a decade I have been one of those lawyers, continuing my career as an English Qualified lawyer from here. Make no mistake, I am not a qualified US attorney. Florida is a very tough state to access in terms of Bar membership as they require a Juris Doctor from a US law school and there is no reciprocity for foreign lawyers as there is in some other states.

This actually makes it quite hard to practise as a lawyer in Florida. But as Miami is the ‘Capital of Latin America’, English law is still a very valuable qualification, for reasons soon to be explained, and I successfully applied for the Foreign Legal Consultant title under the Florida Bar rules, as have all foreign lawyers in our LATAM team in Miami.

In 2010, Kennedys established its Miami office as we wanted to be able to service our clients – including insurers and reinsurers with a presence in the London reinsurance market – from Miami due to the burgeoning LAC hub.

Lloyds of London also opened a new office in Miami last year to serve its clients in the LAC markets. With many of our clients in London, being an English qualified lawyer with Spanish language skills, working in Miami for LAC is advantageous.

Legal systems in each jurisdiction in LAC vary extensively, and sometimes English law is the choice of law, particularly in reinsurance contracts and cross-jurisdictional markets. Even when not, being familiar with principles of English law and being able to help navigate our London-based clients through complex claims or corporate issues in LAC is invaluable.

As regional managing partner for LAC, I work closely with our global headquarters in London in conjunction with our offices in Argentina, Brazil, Chile, Colombia, Mexico, Peru and around the globe. Being truly cross-jurisdictional is key as we provide our clients with global expertise and local knowledge.

Additionally, in Miami we are especially involved in claims in the Caribbean. The majority of the islands we work in have English Common Law as their foundation and so managing claims and litigation in these countries is not that dissimilar to those in England and Wales.

English law also makes its way into contracts across many sectors of LATAM including construction. The New Engineering Contract (NEC), which was published in England in 1993 is now being used in major construction projects in LATAM.

The Pan American Games was a government-to-government project between the UK and Peru, which opted to use the NEC 3 contract for their games after its successful use in the London 2012 Olympics.

While this was unfamiliar locally, it was successfully used and will be used for the Reconstruction Project in Peru. The use of NEC, coupled with more uptake of Building Information Modelling (also a British Invention) has led to more collaborative approaches to construction in LATAM, including the teams involved which are now cross-border.

The same can be said of construction all risks insurance policies (CAR) which often contain clauses drafted by the London Engineering Group (LEGs), and which effectively manage the amount of defective design cover that is afforded under the policy. These LEGs are often the core part of coverage disputes in LATAM and can be complex if you are not familiar with them.

Whilst I may never achieve the tan many tourists are seeking when they come to Miami, the city offers such a wonderful global landing pad for someone like me to put English legal qualifications to great use.

There is never a dull day when working in LAC, living in Miami and maintaining close connections back to my original home in the UK.

Find out more information on the Law Society’s work in the Americas and Caribbean.