Singapore achieved independence in 1965. Like other former British colonies, Singapore law takes much of its shape and form from English law. 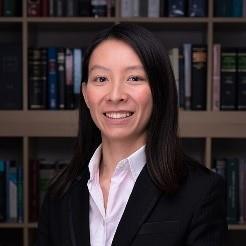 As a contentious construction and insurance solicitor in Singapore, I have had quite a number of opportunities to apply English law in Singapore.

On the construction front, it used to be that English common law was heavily cited in construction disputes. This should not be surprising, given that Singapore was only a very young nation embarking on an interesting journey of building itself as a first world country.

Today, Singapore has developed a wealth of its own precedents in construction judgments.

It’s likely that Singapore will remain the authority for construction judgements. That’s not to say that larger and more complex construction disputes that involve novel areas of law would not look to English law (as well as common law of other jurisdictions) for guidance.

On the insurance front, the situation could not be more different. Despite the fact that many policies underwritten in Singapore are governed by Singapore law and subject to the jurisdiction of the Singapore courts, English law is still commonly cited in insurance disputes.

It’s also not uncommon for policyholders and insurers to agree to resolve their differences through arbitration (despite the Singapore jurisdiction clause). In my experience, English law is extensively cited in arbitration proceedings and in certain circumstances it’s quite normal for English barristers to sit as arbitrators in these proceedings.

A case making waves in Singapore at the moment is the UK Supreme Court’s decision in Financial Conduct Authority v Arch Insurance, which examined the liability of insurers for business interruption financial losses caused by the coronavirus pandemic.

As the pandemic is a recent occurrence and there is no equivalent precedent in Singapore, this judgment has been a regular feature in correspondence by Singapore-based counsels on both sides of the debate. Interestingly, English law is cited even when relying upon other established insurance principles (almost to the exclusion of Singapore precedents).

English law is pertinent in Singapore

Unless the Singapore legal system experiences a major overhaul, English law will continue to be relevant. Based on my experience, there is ample opportunity for the application of English law.

Looking at English precedents does not mean that the Singapore courts will always apply English law.

English law is of great relevance in Singapore. Being a cosmopolitan island-state, Singapore is home to many practising English solicitors and barristers. It is a major hub for UK firms in Asia that offers a cosmopolitan workforce and trusted regulatory framework.

What would you advise someone who was looking to base themselves in Singapore about the culture and daily life?

As a cosmopolitan city dependent on human talent within and beyond its shores, Singapore is popular amongst English solicitors and barristers looking to practise abroad. It’s not difficult to see why. The laws and regulations are certain. The main language of administration, business and law in Singapore is English, and the policies are geared towards attracting the best talent to, and facilitating the conduct of business in, the city-state.

On a day-to-day basis, the sizable expatriate community and the open-minded local community makes it easy for any newcomer to feel at home in Singapore. The British Club and the Singapore Cricket Club (both of which are popular amongst British expatriates) used to organise regular social events for members before the pandemic. There has also been an increasing trend for expatriates to volunteer in their local communities at the grassroots level.

Newcomers to Singapore wouldn’t face a culture shock. There is no lack of British influence on the island. Pubs and bars serving English fare are easily found (although a good pint of bitters may be hard to come by).

The humid weather of the tropics may require some getting used to. Nonetheless, the year-round availability of bright sunshine is definitely one of the greatest draws of living and working in Singapore.