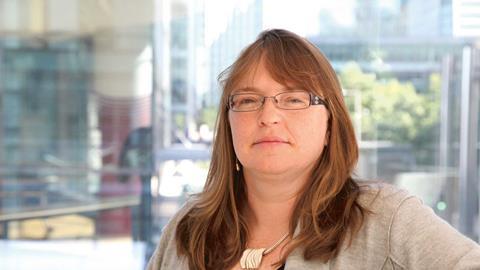 The head of enforcement at the Financial Conduct Authority has a low tolerance threshold for City malefactors, writes Jonathan Rayner

How did the Financial Services Authority (FSA) allow the once respected banking profession to sink so low? Why did the Social Attitudes survey, published by the Society for NatCen Research and published while this article was being written, reveal that trust in banks has plummeted from 90% in the 1980s to its current level of just 19%?

Few are better placed to answer that question than solicitor Tracey McDermott, head of enforcement at FSA successor body, the Financial Conduct Authority. She replies: ‘The problems arose when the sector lost sight of the basics. There was a sense that we had cracked risk management through IT and other measures and so we began to focus on revenue generation at the expense of moral and regulatory obligations.

‘But we can’t simply blame “light-touch regulation”,’ she continues, ‘which incidentally was a term never used at the FSA. The FSA undoubtedly got some things wrong when it subscribed to the prevailing ethos of leaving as much as possible to the markets to fix for themselves, but the fact remains that many honest and decent people have always worked in banking and still do.’

Five years on from the beginning of the crisis, and in the wake of the FCA’s increasingly aggressive approach to dealers who flout the rules, there are signs that the sector is beginning to be tamed. The FCA secured 10 convictions for insider trading in 2012 alone and so far this year has been responsible for jailing two traders, one for four years and the other for two years. There is also a wide-ranging investigation in progress following dawn raids on 15 addresses across London in 2010 as part of the FSA’s Operation Tabernula.

So, to what extent have the City’s augean stables been suitably cleansed? McDermott replies: ‘There has been a sea change in the way people regard their role in financial services. There is now more talk of returning to the roots of banking – to customer service, lending, helping the economy. Very few senior managers who were in post before the crisis are still in post. But it’s like an oil tanker – it takes time to turn a whole industry around. And there will still be rogues who push the boundaries and cut corners.’

What part has McDermott played in this ‘sea change’? After an 18-month placement with a New York firm followed by articles and some years’ post-qualification experience with US firm Dechert in London, she joined the FSA in 2001. ‘I didn’t want to follow the partnership route in private practice. I enjoy contentious work. The FSA offered me an in-house litigation role. There are very few of those about.’

She adds: ‘One of the advantages of not being in private practice is that the employer recognises that there is life outside work and is supportive of a healthy work-life balance. I have children of six and eight years old.’

The FCA is responsible for protecting investors, policing the markets and promoting competition. It is particularly active in identifying and prosecuting insider trading.

The PRA, on the other hand, is an arm of the Bank of England that oversees 1,700 banks, insurers and large investment firms.

McDermott leads a team of 480 staff made up of a ‘significant chunk of lawyers and paralegals’, and also financial crime intelligence analysts. Her team has considerable powers to investigate and prosecute cases of insider dealing and can fine individuals found guilty of serious market abuse a minimum of £100,000 and often considerably more, irrespective of how much or how little profit the offender derived from the crooked transactions.

The biggest fine yet was £450,000 imposed in April 2012 on Ian Hannam, the former chair of capital markets at JP Morgan Cazenove. Hannam appealed to the tax and chancery chamber of the Upper Tribunal, which hears appeals against FCA decisions. It began to hear Hannam’s case in July 2013, but it has now been adjourned until October 2013 and judgment is expected in early 2014.

More recently, in March 2013, former self-employed futures trader Richard Joseph, who had made around £636,000 profit by acting on insider tips about upcoming mergers, was sentenced to four years in prison. This is the longest sentence so far imposed, with the average jail term being around 30 months.

In the same month, a former equities trader at the investment arm of Legal & General, Paul Milsom, was jailed for two years and ordered to pay £245,000, the total profit he had made from insider dealing. ‘Hefty penalties for hefty problems,’ says McDermott.

Another case, which has still to come to court, involves five men, including Martyn Dodgson, a former managing director at Deutsche Bank, who are charged with insider-dealing offences. (The investigation concerned Dodgson, and not the bank itself.) They are alleged to have made around £2.9m from their trading. All deny any wrongdoing.

As the FCA caseload grows, it is expected that the number of guilty pleas entered by defendants will increase proportionally. The FSA secured no guilty pleas up until 2010, but secured three in 2011 and four in 2012. This growth is expected to continue as it becomes increasingly apparent to defendants that there is a very real possibility of conviction once their case comes to court.

Deferred prosecution agreements are a future weapon in the FCA’s armoury. Due to be introduced as part of the Crime and Courts Bill in 2014, these will allow companies to settle fraud investigations by reporting their own malpractices to the FCA and paying fines.

How do insider trading cases come to the attention of the FCA?

‘Some cases come from traditional whistleblowing sources,’ she says. ‘It is always difficult to report a colleague for malpractice, but you must decide whether your loyalty lies with a colleague who might bring down the entire bank, destroying livelihoods and people’s savings, or whether your primary loyalty ought to be to the bank.

‘Wrongdoers are small in number, but they have a huge impact. We need more self-policing. We need to move away from enforcement after the event to preventing the offence happening in the first place.’

McDermott describes herself as a litigator by instinct who thrives on contentious work. She adds: ‘We are very much focused on casework and investigations. What’s more, the issues dealt with by the FCA are both intellectually challenging and fascinating, and it’s also easy to see where your work fits into the bigger picture. Most of these issues, such as the rigging of the London Interbank Offered Rate (Libor), are high profile and on the front page of newspapers. They also link into wider issues, such as the drivers behind unethical behaviour in a profession once noted for its ethical stance.

‘Many of the issues we deal with impact on individual people’s lives, such as the mis-selling of pensions or of payment protection insurance. It’s not all about big banks and their cross-border transactions.’

Amid the firefighting and litigation, what does the future hold for the FCA and its head of enforcement?

‘We will continue to look at the culture that caused a crisis costing banks billions of pounds in compensation and led to the collapse of some of the City’s biggest names,’ McDermott replies.

‘But we will also be pushing for more self-policing within the financial services sector. The City needs to take a hard look at itself and ask how it is that mis-selling scandals keep on happening.’

KNOWN FOR Executive board member, FCA (director of enforcement and financial crime)