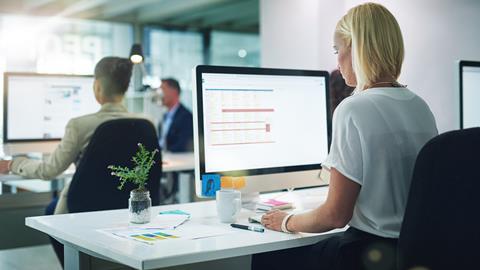 Support staff saved us – how to reward them?

My firm Sanders Witherspoon LLP is a three-partner firm based in Billericay, Essex, employing 15 people. Like most firms, the pandemic was our moment to sink or swim. We saw quite a few of our peers fail. They shut their doors for a long time and some did not reopen. I have been in practice for 35 years and thought I had seen it all. There is nothing like watching your life’s work nearly go down the drain in a short period of time. 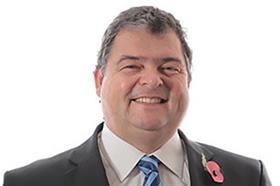 We reorganised our finances so had some breathing space. We formerly relied on 80% of our revenue coming from public funding, but evolved and knew we could cope with some adversity. There was, of course, the fear in the back of one’s mind that it might not be enough – but we could only do what was within our control. We kept going with measures to keep staff working and do the client work – which never stopped. The courts kept working and so we had to do so too.

Seven of us contracted Covid at once, as did I. I was completely unable to deal with cases. The staff who bore the load were heroic.

When we emerged from the pandemic, we reviewed our different ways of working. Anyone who tells you that they had a plan and it worked perfectly is probably not telling the truth. Some things worked and others did not. What works for one employee does not necessarily work for all. After a disastrous dip in revenue, we stabilised and then got stronger and stronger. New business and fee income more than trebled from the previous year.

We went on to announce a record bonus distribution for support staff, who shared a £45,000 windfall profit share after a record increase in profits.

In the past, we could not pay the highest wages. We had many people who had been unbelievably loyal for years. We had previously explored a profit-sharing scheme for support staff but did not have the resources to implement it. Fee-earners have their own incentive scheme, so it is fairly easy to gauge performance using a blunt calculation of the fee income they produce.

Support staff had never participated in the success or otherwise of the business. We wanted to do something other than just keep thanking people for their hard work. We tried to come up with a scheme that would involve them in the business. Not everyone wants that, but most do. We wanted to reward them for keeping us going and improving.

We knew we had a strong platform as our people deliver excellence consistently, and help each other. We have extremely high levels of client satisfaction. The question was how to reward and further encourage that. We worked through a number of different models and settled on a scheme linked to performance, length of service and attendance, with staff receiving points for each.

We committed to setting a profit figure where the scheme would be triggered and then a percentage was set aside to be shared. We stuck to it and delivered. This resulted in one member of staff receiving a 35% bonus, with others receiving on average four-figure sums.

When we initially discussed the scheme, the staff probably thought ‘here he goes again’. But I think it definitely helped the business and built momentum. I hope it is not a one-off and we can do it again. Some staff were pleasantly surprised by what they received and we were delighted to be able to do it, especially at a time when the cost of living is increasing.

The most important thing was to stick to it. If it were not for the dedication and commitment of our staff, we would not have survived.