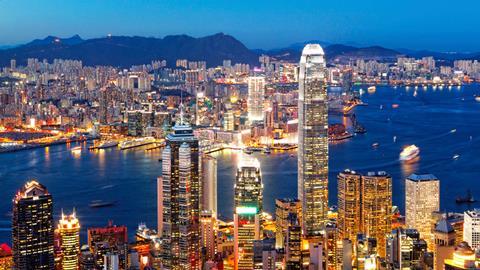 Lucky me, the festive season is not over yet. With a Chinese background, and parents who have instilled in all their children the appreciation of Chinese culture, I still have Chinese New Year to look forward to on 5th February 2019. It is tradition in Chinese custom to celebrate with food – a few days of celebratory food to be accurate; my mother lays out a family meal fit for royalty, everything is adorned in red from household decorations to new clothes for the day. Red is a colour we symbolise with luck, happiness and joy – used as the main colour scheme in traditional weddings and for Chinese New Year.

With this in mind and knowing fellow lawyers would probably have dealings with their Chinese clientele, I am hoping this article might assist with our knowledge and understanding of the Asia-Pacific market - in particular Hong Kong where I still have family ties.

Whilst the United Kingdom is focused on tackling Brexit, the Asia-Pacific market - despite being exposed to economic uncertainties - has continued to show overall growth in 2018 despite a slight slowdown towards the end of the year. For instance, in Hong Kong where investors are faced with increasing interest rate hikes, the rumblings of a possible trade war between the US and China, and the introduction of new vacancy tax the market still showed positivity.

In June 2018, the Hong Kong government proposed the introduction of a vacancy tax on developers for new-build properties which remain unoccupied for more than six months in any one year. The tax due to be levied is at 200% of the annual rental value for the property. There is to be a 12 month exemption period from when the developer obtains the occupation permit.

Hong Kong property prices have always been considered by many to be overpriced, particularly for low-income families. In Hong Kong, where the population is 7.3 million, it averages to approximately 77 square foot per person which is equivalent to a standard car parking space according to the South China Morning Post. The land in Hong Kong is technically owned by the Hong Kong government who carve out land for development by creating tenders which developers bid for and win leases to develop the plots in question.

In China the introduction of the Housing Provident Fund in Shanghai during 1991, which aimed to provide a low-interest loan for urban residents to buy property, was eventually rolled out as a national policy in 1994. Under the Housing Provident Fund all employees of state-owned enterprises were obliged to contribute a portion of their salary into the fund, with a matching contribution by the employer. Withdrawal from the fund is allowed when the individual retires or wants to make use of the fund when purchasing a home.

Demand for affordable housing is always an issue in Hong Kong where property prices have continued to increase. Owing to new international schools in the New Territories demand has risen for the Tseng Kwan O region which saw Shrewsbury International School and French International School opening in recent months.

Equally as attractive is the commercial property market which over the years have seen an increasing shift in consumer habits, from traditional retail shops to online shopping and landlords have responded by promoting the use of non-conventional use of space. There is the increasing trend in Asia Pacific for co-working operators and start-ups to join the retail tenant mix within shopping malls and traditional retail set ups; the flexibility enables commercial freeholders to utilise space and maximise their investment returns.

Investors are still interested in commercial property within Hong Kong, last year CK Asset Holdings Limited confirmed their next major project being the redevelopment of Hutchinson House in Central. According to CK Asset this will create a new commercial building with ’…more than 490,000 square feet. It will stand about 41-storeys high with 185 parking spaces. Completion of the project is estimated to take place in 2023’. It is a testing time for Hong Kong developers who have been hit with economic uncertainty and the introduction of taxes to help rebalance the prices of new build properties – only time will tell.

For any lawyers interested in understanding the legal sector in Hong Kong, I would refer readers to the Hong Kong Trade Development Council (HKTDC) in the UK as they have conducted extensive research on the topic and the information is free from their website.

A memorable date for the Chinese community was 1 July 1997 when Hong Kong became a Special Administrative Region of the People’s Republic of China. Under the ’One Country, Two Systems’ Hong Kong’s common law legal system which preserves the rule of law remained intact without change, including its independent judiciary. As a member of the World Trade Organisation, China has implemented policies to make the legal system more accessible to foreign lawyers.

The Closer Economic Partnership Arrangement (CEPA) in 2004 between Hong Kong and China tried to enhance access to the mainland market and assisted lawyers who wished to extend their skillset to cover more jurisdictions. Under the CEPA, Hong Kong lawyers can be employed as consultants in China. Further, the CEPA permitted Hong Kong Residents to sit the National Judicial Examinations; once passed the individual could engage in non-litigious work in China.

Besides the qualification invitation being extended to Hong Kong resident lawyers, there is an advancement by China’s Belt and Road Initiative to try to centre Hong Kong’s arbitration system as an international contender. According to the Practical Law Company, the sixth International Arbitration Survey conducted by Queen Mary University of London listed Hong Kong International Arbitration Centre (KHIAC) as the third best arbitral institution in the world, behind London and Paris.

Even though the systems of China and Hong Kong have come closer together in recent years there is still several significant differences; for arbitration, the award must be applied in Hong Kong within six years, however the time limit in China is drastically cut to two years.

It is anticipated that a better understanding of the Hong Kong markets will greatly assist the legal profession in the UK to handle foreign enquiries and understand their clientele. My summary insight I hope might have contributed a little towards this cause.