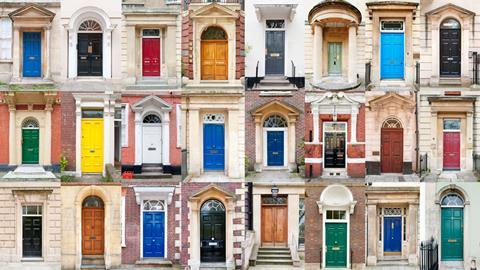 What are the implications for advisers when the vendor goes bankrupt mid-way through the sale?

The scenario is straightforward, if unusual. A solicitor acts for the purchaser of a house in the usual way. Contracts are exchanged.

In our case the transfer was completed by the sale of shares in a company owning the freehold to the property, so there was no involvement of the Land Registry. But it is far from guaranteed that a bankruptcy restriction would be added to the title before completion took place.

The transaction is plainly void, probably because the petition was pending at the date of exchange, so void pursuant to section 284 of the Insolvency Act 1986 and void on completion, because the vendor at that stage had no power to deal with the property then under the control of the official receiver by virtue of section 287 of the act. It is unlikely that a trustee would be in office by this stage and the property would not consequently have vested by virtue of section 306 Insolvency Act 1986.

Even assuming the most ordinary of circumstances where a new property is purchased with the proceeds, there will still be costs incurred in dealing with the official receiver or the trustee and obtaining an order validating the transaction that will probably run to several thousand pounds.

One can imagine numerous other scenarios that might complicate the application for a validation order, meaning that the purchaser’s losses are much greater. There will inevitably be contractual remedies that the purchaser will have but they are likely to be of little practical assistance in this scenario. What the purchaser will want and need is good title to the property that he was intending to purchase.

So is the purchaser’s solicitor negligent in such a case? There seems to be no authority on the point. On the upside (for the solicitor) there is nothing in the Conveyancing Handbook to suggest that a purchaser’s solicitor ought to conduct a bankruptcy search against a vendor before completing a purchase. Equally, there is nothing in the Council of Mortgage Lenders conditions to suggest that such a search is necessary.

The only reference to a bankruptcy search is to a search on one’s own client when also acting for the lender. Also, it seems the industry standard is that conveyancing solicitors do not carry out a bankruptcy search – seeming to lend shelter given the test in Bolam v Friern Hospital Management Committee [1957] 1 WLR 582.

The head note summarises the test with which we are all familiar: ‘A doctor who had acted in accordance with a practice accepted at the time as proper by a responsible body of medical opinion skilled in the particular form of treatment in question was not guilty of negligence merely because there was a body of competent professional opinion which might adopt a different technique.’

However, one then has to consider the position under Edward Wong Finance Co Ltd v Johnson Stokes and Master [1984] 2 WLR 1, a case with which many will be equally familiar. There the solicitor adopted the ‘Hong Kong completion method’, by which the purchaser’s solicitor would advance funds on the basis of an undertaking from the vendor’s solicitor to provide the completion documents.

The perhaps inevitable happened later whereby a fraudulent vendor’s solicitor made off with the money, did not comply with his undertaking and the borrower did not get title to the property. The court concluded that the risk was obvious, and could and should have been guarded against. The conveyancer was consequently found liable in negligence.

Lord Brightman said: ‘The risk inherent in the Hong Kong style of completion as operated in the instant case being foreseeable, and readily avoidable, there can be only an affirmative answer to the third question, whether the respondents were negligent in not foreseeing and avoiding that risk.’

That finding was specifically in the face of evidence, which the court accepted, that the conveyancer had used a completion method that was the universally adopted method of completing property transactions in Hong Kong.

The general approach adopted by the courts to claims involving the alleged negligence of a conveyance should also be recognised. Obtaining good title is almost always the single most important outcome that a conveyancer is required to achieve by the conclusion of his retainer. Consequently, courts will always start the trial from the position that any conveyancing process that has failed to achieve good title for the purchaser must have involved acts or omissions which were negligent.

Going back to this scenario and analysing the issues against the backdrop of Edward Wong Finance and the general approach of courts to matters of conveyancing, it seems relatively straightforward to see how a court would find the purchaser’s solicitor to be negligent. Given:

The claim has now settled but this is an issue that conveyancers ought to take on board and guard against if they are to avoid likely successful claims on their indemnity policies.

Jonathan Titmuss is a barrister at Hardwicke Chambers