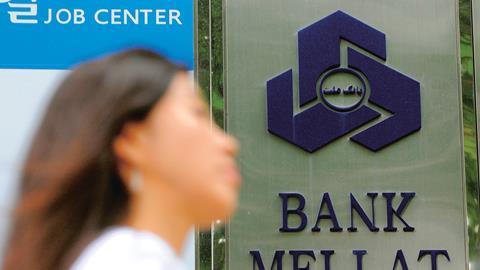 The question of what procedural fairness demands in the context of national security is troubling the courts.

Recent Court of Appeal decisions have highlighted the contextual approach taken by the courts to questions of fundamental fairness.

These questions are thrown into sharp relief by the procedural fairness question which lies at the heart of the use of the controversial Closed Material Procedure. Kiani [2015] EWCA Civ 776 and Bank Mellat [2015] EWCA Civ 1052 were heard on subsequent days in July by the same panel. The Court of Appeal has now delivered opposing judgments as to when ‘A-type’ disclosure is required. In brief the answer is: ‘It depends on the context.’

A-type disclosure is so-called following the European Court of Human Rights (ECtHR) decision in A v UK (2009) 49 EHRR 29, applied by the House of Lords in AF (No 3) [2009] UKHL 28. These two decisions set down the principle that fair trial rights contained in article 6 required a ‘minimum standard of disclosure’ such that the appellant could provide instructions to the special advocate appointed to act in their interests in a closed hearing when fundamental rights were at stake. In the absence of A-type disclosure, the information provided to a litigant can be general in nature and extremely limited, to the extent that no detail of any kind is disclosed.

In Tariq [2011] UKSC 35, however, the Supreme Court concluded that while article 6 rights may be at issue so that the requirements for a fair trial must be met, applying the ECtHR decision of Kennedy (2011) 52 EHRR 4 article 6 did not inevitably require A-type disclosure or summary: ‘There are no hard edged rules in this area of the law’ (Lord Hope). The important consideration for the court was, looking at the proceedings as a whole, ‘was there a fair hearing?’.

Lord Kerr’s dissent strongly decried the contextual approach of the majority, describing Kennedy as an anomaly in the ECtHR jurisprudence.

Since these early decisions the courts have repeatedly been called upon to determine what circumstances require A-type disclosure, which leads us to Kiani and Bank Mellat.

Like Tariq, Kiani related to employment tribunal proceedings after the appellant’s dismissal following revocation of his security vetting certificate on national security grounds. They both unsuccessfully challenged this revocation, and then sought to challenge their dismissal on grounds of race discrimination and religious discrimination.

The appellant in Kiani relied upon the European Court of Justice (ECJ) decision of ZZ CJEU C300/11 04.06.13 to attack the Supreme Court’s judgment in Tariq.

In ZZ, a French-Algerian national successfully argued that EU law required a minimum of disclosure to be provided in a determination of the right of freedom of movement, thereby requiring the home secretary to give reasons for the refusal to allow him to re-enter the UK, notwithstanding the national security concerns said to be at the heart of the refusal.

Mr Kiani relied on ZZ, arguing that a summary amounting to an irreducible minimum was always required in any case to which the Charter of Fundamental Rights applied (unlike under the ECtHR), so as to enable him to give instructions to the Special Advocate. He was unsuccessful.

Lord Dyson’s lead judgment referred to the context-specific nature of the duty of disclosure drawing a distinction between cases involving free movement of persons, a fundamental right under EU law, and other types of case, such as those involving employment rights and protections. The ‘more demanding standard’ of supplying A-type disclosure was not to be required in all circumstances.

Thus an apparent difference of disclosure obligations between cases involving questions of EU law and the application of the ECtHR was rejected by the Court of Appeal.

The most recent Bank Mellat decision again held that context is all. The appealed interlocutory orders related to the disclosure to be provided in the context of the bank’s challenge to further directions made under schedule 7 of the Counter-Terrorism Act 2008. The bank primarily relied upon article 6 but, in the event that argument failed, relied on the EU law points advanced unsuccessfully in Kiani.

The court below had held that the AF (No 3) requirement of a minimum standard of disclosure applied, but then applied that standard restrictively, meaning very little information  needed to be disclosed. The Treasury appealed the application of AF (No 3) and the bank cross-appealed the order requiring very limited disclosure.

The court found that the reasoning of the lower court had correctly interpreted the authorities as to the requirement for disclosure in financial restriction cases. In so doing, the Court of Appeal referred to asset-freezing order decisions to which the A-type disclosure standard applies, as the restrictions on liberty caused by such measures are so great as to amount to an infringement of fundamental rights, whether the measures apply to a business or an individual.

The ECtHR argument was sufficient for the appellants to win the day, so the possibility of a different EU standard indicated by the decisions in this case and that of Kiani did not need to be considered. The question of the level of further disclosure was also determined in the bank’s favour and referred back to the High Court for determination in the light of further disclosure from the Treasury.

The importance of these two decisions and the continuing absence of bright lines should not be underestimated.

The UK government’s starting point in such cases is that article 6 does not require disclosure and therefore the obligation does not exist in the particular case being litigated. The cases of Belhaj and Rahmatullah are before the Supreme Court this month, and Shaker Aamer’s recent release from detention may lead to litigation. If the Supreme Court upholds the Court of Appeal’s decision that state immunity and the foreign actions of state doctrines do not bar hearing the claims of UK complicity in torture and kidnap, as alleged by Belhaj and Rahmatullah, then at least two procedural questions will almost certainly fall for determination:

(1) does the case meet the requirements for a declaration under section 6 of the Justice and Security Act 2013 providing for a closed material procedure; and

(2) if so, to what disclosure, if any, are the claimants entitled?

The defendants’ argument is likely to be that liberty is not at stake, that these are damages claims only, and that therefore Kennedy and Tariq apply, meaning there is no requirement for A-type disclosure.

Bank Mellat is a welcome reiteration of the disclosure obligations in fundamental rights cases. Nonetheless the question of what procedural fairness demands in the context of national security is likely to further trouble the courts, including allegations of torture and kidnap. These decisions should properly be viewed in this gravest of contexts.