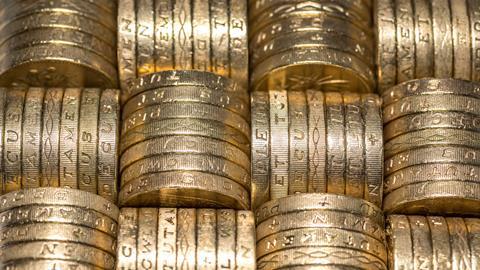 Richard Allen considers what solicitors need to do if the proposed fixed-costs regime materialises.

The government’s vision for Transforming our Justice System confirms the drive to implement fixed costs, as outlined in the IPA Annual Lecture, ‘Fixed Costs – The Time Has Come’, given by Lord Justice Jackson in January.

The paper states: ‘More needs to be done to control the costs of civil cases so they are proportionate to the case, and legal costs are more certain from the start. Building on earlier reforms, we will look at options to extend fixed recoverable costs much more widely, so the costs of going to court will be clearer and more appropriate. Our aim is that losing parties should not be hit with disproportionately high legal costs, and people will be able to make more informed decisions on whether to take or defend legal action.’

Throughout my legal career, I have always worked cost-effectively. Not to do so would lead to an unhappy client, either because of your charges or failure to recover a reasonable percentage of costs from a paying party.

The court has set out lessons in this regard and I refer to the definitive pre-Jackson decision on proportionality following the introduction of the Civil Procedure Rules in 1999 (Lownds v The Home Office [2002]).

The Court of Appeal and specifically Lord Woolf accepted and repeated the approach of Judge Alton, which was approved in Jefferson v National Freight Carriers Ltd [2001] 2 Costs L.R. 313. This set out the assessment that parties should undertake at the outset of every case, incorporating:

These factors in relation to value and complexity are reflected in CPR 44.3(5), which states:

(a) the sums in issue in the proceedings;

(b) the value of any non-monetary relief in issue in the proceedings;

(c) the complexity of the litigation;

(d) any additional work generated by the conduct of the paying party; and

(e) any wider factors involved in the proceedings, such as reputation or public importance.

Judge Alton concluded in Jefferson that ‘while it was not unusual for costs to exceed the amount in issue, it was, in the context of modest litigation such as the present case, one reason for seeking to curb the amount of work done, and the cost by reference to the need for proportionality’.

Despite Jackson LJ’s rejection of the Lownds decision with the introduction of his proportionality test from 1 April 2013, it has taken more than two years for the courts to get the bit between their teeth and make any meaningful decisions on proportionality.

With costs management (budgeting) also introduced from 1 April 2013 in multi-track cases, has this in fact managed costs? Some High Court masters and many county court district judges have done their best to avoid budgeting. Many who do tackle budgeting adopt too much of a broad brush approach, often leaving the parties to decide among themselves how much of an approved sum should be attributed to a particular phase.

Do not get me wrong. In many cases costs have been effectively managed, but I do not think that anyone can say costs management has worked in the way it was intended. Jackson envisaged budgeting being voluntary, yet the then master of the rolls Lord Dyson made it compulsory. Court resources and the extent of judicial education have been inadequate.

Fixed costs are a sticking plaster to cover the failings in costs budgeting, using it as a vehicle to apply fixed costs and to stay within the dwindling resources of the civil court system. Jackson made clear in his IPA Annual Lecture: ‘A fixed-costs regime provides certainty and predictability. This is something which most litigants desire and some litigants desperately need. A fixed-costs regime is easier for solicitors to explain to clients than the current costs rules.

‘Also, a fixed-costs regime dispenses with the need for costs budgeting and costs assessment. This will achieve (a) a substantial saving of costs for the parties; and (b) a substantial reduction in the demands made upon the resources of the court… Dispensing with costs management in the lower reaches of the multi-track. One advantage of this approach is that parties would no longer have to prepare, agree and/or argue about budgets in claims up to £250,000. This will save time and costs.’

The proposal is that budget phases are used to fix costs. Surely this is benchmarking? Woolf raised benchmark costs in chapter 7 of his final report. This resulted in the then senior costs judge Peter Hurst undertaking a consultation and producing a report in October 2001. The Association of Personal Injury Lawyers responded and their concerns then echo now in the face of multi-track fixed costs.

In essence, can the average costs for a phase in a building case be the same as in a personal injury case? Will a lawyer tailor their work to the fixed costs they know they will recover, rather than do the actual amount of work needed? Hurst suggested there should still be discretion but on what information would that be based? Obviously benchmark costs did not find favour and went no further.

Jackson says of any fixed-cost regime: ‘What we do not want is a series of separate grids for different types of cases. There should be a single fixed-costs grid for all multi-track cases up to £250,000’. I would suggest that one size cannot fit all – and any approach that provides a range of fixed costs for various case types would be unworkable. Adding discretion would surely negate any benefit in a fixed-costs system.

If the proposed fixed-costs regime materialises, solicitors will need to follow the above guidance from Lownds and effectively plan the resources to be applied to every case: budget, in the pure sense of the word, the costs to be incurred; and project manage every stage. To do otherwise would result in a significant impact on profitability and on access to justice for clients, who are represented by solicitors forced to ‘cut corners’ to stay within the fixed costs to be recovered if successful, or used as a yardstick against the costs to be charged to the client.

Solicitors must become innovative, especially when considering alternative ways to price their work and provide value for money.

Richard Allen is a senior consultant/costs lawyer at Burcher Jennings