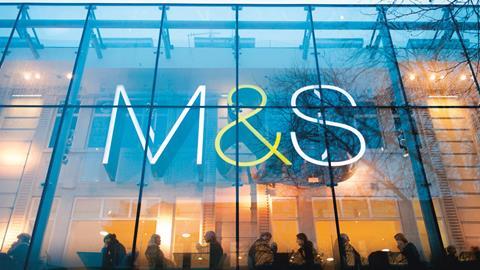 Towards the end of 2015 the Supreme Court handed down two judgments with consequences for any lawyer who negotiates, drafts or advises on commercial contracts. As businesses and their advisers seek to get their contracts in order for 2016 and beyond, it is worth considering the lessons from these cases.

In early December 2015, Marks & Spencer lost its legal battle against BNP Paribas regarding overpaid rent. The issue to be decided was whether a lease contained an implied term entitling the tenant (M&S) to repayment of an apportioned part of the rent and other charges, in the event that the lease was terminated early through a break clause and rent had been paid in advance for a period after the break date.

M&S had four commercial leases with BNP Paribas that required rent to be paid in advance by equal quarterly instalments on the usual quarter days. The lease also contained a break clause allowing the tenant to terminate the lease on 24 January 2012, which M&S did. However, M&S had paid its usual quarterly rent shortly before 25 December 2011, meaning that when the lease ended, it had paid rent attributable to two months after the break date.

The court gave a unanimous judgment dismissing M&S’s appeal, ruling that the term could not be implied into the lease. The court determined that it would be wrong to attribute an intention to the parties, who had entered into full and professionally drafted leases, that was contrary to the well-established law that rent payable and paid in advance can be retained by the landlord. Express words would be needed before the court could imply such a term, unless there were ‘very exceptional circumstances’, such as where the contract could not work or would lead to an absurdity.

The immediate consequence of the decision is that when looking to draft a lease of a similar nature, one should consider the implications of the break date, if a break clause is effected, and the dates on which rent is required to be paid in advance. If the break option is exercised, is the date the lease would come to an end the same or different to the usual quarter day on which rent is paid in advance? If commercial or practical considerations necessitate that those dates differ, then parties would be well advised expressly to provide whether a tenant can recover rent paid in advance after the break date.

Of general importance was the re-establishment of the appropriate test for implication of terms, which many commentators opined had been altered by the judgment of Lord Hoffmann in A-G of Belize v Belize Telecom [2009] 1 WLR 1988. Lord Neuberger (lords Carnwath and Clarke gave separate judgments) emphasised:

As in M&S, the Supreme Court rejected a paternalistic rule when it handed down judgment in these two joined appeals in November. Both cases concerned the true nature and scope of the common law rule against penalties.

In Cavendish, the defendant sold shares to the claimant under a share purchase agreement (SPA). The SPA provided that if the defendant breached a non-competition covenant two effects would follow.  First, the defendant would no longer receive significant outstanding payments under the SPA. Second, the claimant could purchase the defendant’s remaining shares at a much lower rate.

The defendant breached the covenant by working for a competitor. The claimant sought to exercise its rights, and it fell to the Supreme Court to determine whether the clauses in issue offended the rule against penalties.

The claimant in ParkingEye was the operator of a private car park in a town centre. Parking was free for two hours. If patrons overstayed, prominent notices warned them they would be charged £85. The defendant overstayed, did not pay the charge, and defended the county court claim on the basis that the £85 term was a penalty clause.

The court decided these provisions were not penalty clauses, in doing so reshaping the law on penalties. The old rule was that a clause may be found to be a penalty where it gave a party a right to damages in excess of a genuine pre-estimate of loss. This is no more. A clause is now only penal if it provides for ‘a secondary obligation which imposes a detriment on the contract-breaker out of all proportion to any legitimate interest of the innocent party in the enforcement of the primary obligation’.

Even where a clause creates a secondary obligation, the Supreme Court made clear it could be justified on wide grounds. Any legitimate interest of the innocent party will do. Often this will be the old legitimate interest in quantifiable damages, but in ParkingEye it was the legitimate interest of a third party (the landowners of the car park) to encourage the prompt turnover of car parking spaces as well as ParkingEye’s interest in making a profit so parking could be provided. The court accepted that the charge was a deterrent to overstayers, but deterrence, if it ever did, no longer equates to penalty.

M&S and Cavendish have clarified the law in two key areas of commercial contracts. Each in different ways has strengthened the power of express terms and clear drafting, and should therefore provide food for thought when practitioners are instructed to negotiate or renegotiate contracts this year.