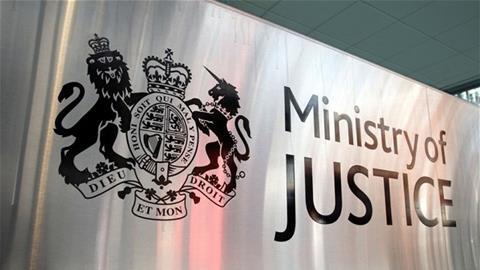 Advice for firms that are unsuccessful in the MoJ’s latest procurement for its controversial contracts.

Ministry of Justice plans to reform contracting arrangements for criminal legal aid work have had an unfortunate history, having been overturned on judicial review because of a flawed consultation and then successfully challenged again because of systemic defects in the subsequent procurement exercise.

The MoJ is now poised to try again.

The deadline for submission of tenders in the latest procurement for new contracts is midday on 15 September 2016 and it is critical that no firm that wants to provide duty crime services – whether for ‘own clients’ or via a duty rota – misses it. For successful applicants, the contracts will begin on 1 April 2017.

Unlike the (ultimately abandoned) procurement for ‘duty contracts’, this is not a competitive tender, and there is therefore likely to be less controversy surrounding the results. Nevertheless, there will still be firms that are excluded, possibly for reasons that are unlawful.

According to the Legal Aid Agency’s (LAA’s) Information for Applicants document (IFA), firms that are unsuccessful will be notified in early October. Any firm that is rejected will need quickly to consider its options and discuss the LAA’s feedback with any tendering consultant it has used, but also take appropriate advice from a specialist procurement and public lawyer. As is well known, the time limit for challenging procurement decisions is very short indeed.

Procurement processes are now governed by the Public Contracts Regulations 2015 (as opposed to the previous 2006 regulations that governed the last procurement), which apply in differing degrees to different types of services. Legal services are classed as ‘health, social and other services’ and therefore are subject to the so-called ‘light-touch regime’, meaning that only certain parts of the 2015 regulations are relevant.

Importantly though, the LAA is bound when making decisions in the procurement to act consistently with general principles of EU law, including transparency, good administration, proportionality, equal treatment and non-discrimination between different types of tenderer.

A procurement challenge is normally commenced with the filing of a basic claim form in the High Court under part 7 of the Civil Procedure Rules.  It may occasionally be appropriate to issue judicial review proceedings instead or in parallel.

The deadline for filing such a claim is very strict and late applications are unlikely to be entertained: procurement challenges, irrespective of how they are brought, must be filed within 30 days of the grounds arising. Disappointed applicants must therefore act quickly and seek appropriate legal advice.

Common grounds of challenge include the awarding body failing to follow its own procedures or comply with the published scoring or minimum standard criteria. If a rejection is received, close scrutiny of the reasons is required by reference to the criteria set out in the IFA.

Sometimes rejection is the result of a simple mistake that can be corrected at an early stage. It is also common to challenge award decisions on the basis of discrimination or unequal treatment. While perhaps less relevant in the context of a non-competitive tender, if award decisions give rise to concerns in this respect, it may be possible to seek disclosure of score cards and other materials from the marking process to establish whether those concerns are well-founded.

A negative award notice is never welcome. However, disappointed bidders have available a number of options to seek redress. What is crucial is that the issues are confronted quickly and advice is sought as soon as it is needed.

Ben Gaston is a solicitor and member of Bindmans’ public law team. Between October 2015 and March 2016, Ben and colleagues at Bindmans acted for multiple claimants in the largest procurement law litigation of its kind, which resulted in the secretary of state abandoning competitive procurement for criminal legal aid services