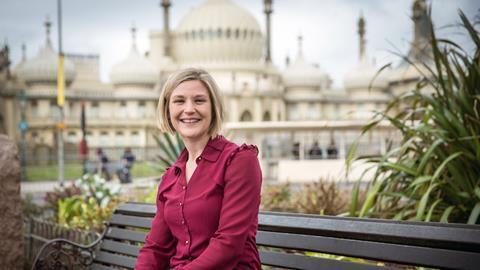 What does a vote to leave the EU mean for family law practitioners, asks Gemma Garrett of Family Law Partners.

England and Wales’ membership of the EU has had a profound impact on family lawyers, from establishing jurisdiction in cross-border disputes, to the recognition of overseas orders from other EU countries. In the run-up to tomorrow’s referendum, the effect a potential loss of EC Regulation 2201/2003 (Brussels II bis) may have on family practitioners in England and Wales is considered.

Brussels II bis now permeates the whole of family law. This Regulation applies directly to all member states — excluding Denmark — and brings together into a single text the provisions on matrimonial matters and matters of parental responsibility. The fundamental principle of the Regulation is enshrined in Article 8 which sets out that the most appropriate forum for matters of parental responsibility is the court of the member state of the habitual residence of the child. Article 3 sets out a complete system of grounds of jurisdiction in matrimonial matters including divorce, legal separation and marriage annulment (carried over by EC Regulation 1347/2000).

With the freedom of movement around Europe, it was pragmatic to harmonise divorce jurisdiction across the EU. However, Brussels II bis also introduced the concept of lis pendens, i.e., when the same proceedings are brought in two different member states, the court in which the proceedings were first issued will have jurisdiction. This was condemned by many English practitioners, as it was seen to discourage alternative dispute resolution and concentrated the parties’ attention on issuing proceedings to secure jurisdiction. The wide list of jurisdictional divorce criteria inevitably means that for international families more than one EU country may have jurisdiction, giving rise to a ‘forum race’.

Ancillary to divorce proceedings is the resolution of financial matters. England and Wales has long been regarded as the divorce capital of the world, being perceived as the most generous jurisdiction, particularly to wives. International family lawyers have to be alert and quick to obtain instructions to issue first to establish jurisdiction here to seek to secure the forum that might provide the best outcome for their clients.

Leaving the EU would mean that England and Wales is no longer bound by the jurisdictional divorce criteria set down in Brussels II bis. It could be that identical jurisdiction provisions are incorporated into English law with or without the imposition of lis pendens.

Jurisdiction relating to private children matters based on the habitual residence of the child is already written into domestic law by virtue of the Family Law Act 1986. It is also a feature of the 1996 Hague Convention to which England is bound. Under Brussels II bis, lis pendens also applies to proceedings on parental responsibility concerning the same child brought in two different member states. However, in practice it rarely arises as a child is only habitually resident in one member state at any given time.

One worthy feature of Brussels II bis is to ensure that a child can maintain contact with all holders of parental responsibility after a separation by ensuring that a judgement on access rights (contact) and the return of a child following abduction issued in one member state is directly recognised and enforceable in another member state provided it is accompanied by a certificate issued by the Judge of origin (Articles 40, 41). However, a very similar provision is provided at Article 23 of the 1996 Hague Convention, therefore no adverse consequences are likely to arise from England and Wales leaving the EU in this regard.  Furthermore, all EU member states are contracting states to the Convention.

Brussels II bis provides for the automatic recognition of children orders from other EU countries, which is another highly commendable feature. However, an almost identical provision is set out at Article 23 of the 1996 Hague Convention.

In conclusion, I do not consider that the loss of Brussels II bis would be disastrous for family practitioners in England and Wales, as comparable domestic statutory provisions or Hague Convention obligations already exist. Further, a departure from lis pendens would conceivably prioritise a considered evaluation of appropriate dispute resolution models over a headlong dash to issue court proceedings.